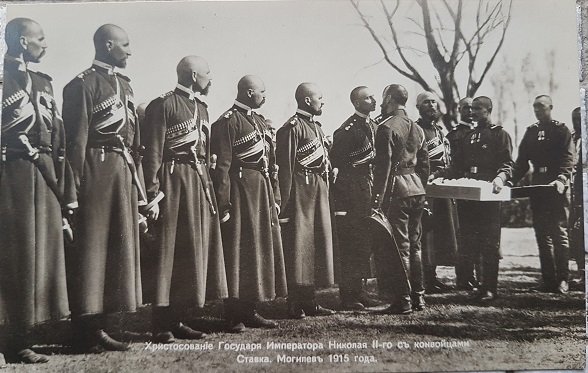 Today is Orthodox Easter. Unlike the rest of the Christian churches who have been using the Gregorian calendar for over three centuries, the Orthodox Church still follows the old Julian calendar. They also calculate Easter to fall on the first Sunday after the first ecclesiastical full moon. This means that there are years when both Easters fall on the same day but usually they are celebrated in different weeks.

But no matter the date, Easter is the most important holiday of the Orthodox Church. Worshipers fill churches on the Saturday night prior, where a solemn mass commemorating the crucifixion of Jesus is held. Worshipers then file out of the church just before midnight and walk three times around the outside of the church carrying lighted candles, and following the Priest and choir, this signifies the three days Jesus lay buried. On the stroke of midnight, the Priest knocks on the church door three times and it is miraculously opened, just as the tomb of Jesus was. This is the joyful part of the service and every worshiper will turn to those around them and offer the traditional Easter greeting.

The Easter greeting is an important tradition in the Orthodox Church. From the moment the church doors are flung open at midnight, and for at least the first week afterward and sometimes for forty days after Easter Sunday, one greets friends and fellow worshipers by saying “Khristos voskres” (Christ has risen), the other person replies, “Voistinu voskres” (in truth He is risen) and they then kiss three times – right cheek, left cheek, right cheek. The three kisses are meant to represent belief, hope and love and they are also meant to symbolise the Holy Trinity. How I hated those kisses when I was a child! Of course, Russians take any opportunity to be physically demonstrative, so I had to endure kisses all through the year. I became quite adept at ducking.

When worshipers return home in the early hours of Easter Sunday morning, they sit down to a banquet of all the food they have abstained from during the forty days of Lent. I wrote about the traditional Easter food in my last post.

The photo above is taken from my collection of Romanov postcards, inherited when my parents died. It shows Tsar Nicholas II giving the Easter greeting to Cossack troops in 1915. Nicholas II was known to spend between 2 and 4 days greeting his troops with the Easter greeting, three kisses for each of the men. He must have kissed thousands of them each year. The royal family also gave the Easter greeting to all of their servants as well as everyone in the Court. It would be a duty I could never imagine performing!

The Last Christmas of the Second World War

Past Pandemics: Did the Spanish Flu Kill Young Gabriele?