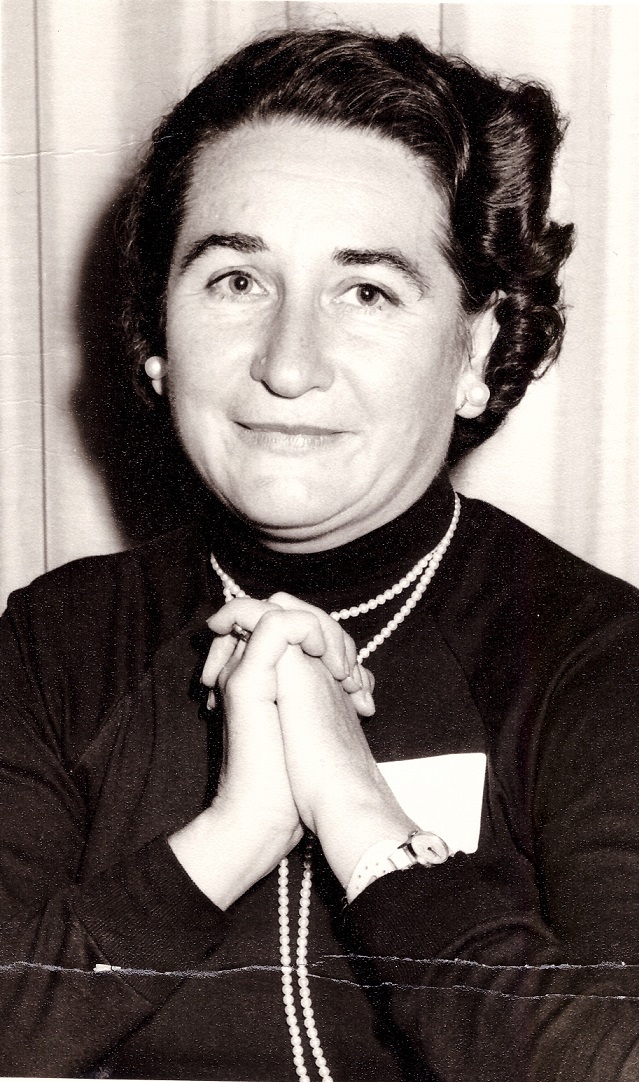 If you have read my previous posts you will know that my grandmother, Olga Woronoff, wrote a book, Upheaval, about her life in Russia before and during the Russian Revolution and the Civil War. I have found at least two unpublished manuscripts also written by my grandmother. You might have read about my maternal grandfather’s half sister, Lydia Charskaya, who was a well-known Russian writer of books which appealed to young girls. What you might not know is that my mother, Tatiana de Fircks, pictured above circa 1981, (née Woronoff) also wrote a book.

My mother, who had studied costume design in Philadelphia – and once met Greta Garbo – found a position as a lecturer in costume design and the history of costume at Perth Technical College in the 1970s. This role led to her having discussions with the Western Australian Opera Company which, after some months, eventually gave birth to the Design Theatre Arts course at Perth Technical College. Graduates of the course found employment as designers in various aspects of theatre with national and international companies. In 1987 the course was amalgamated into the performance programmes at the WA Academy of Performing Arts (WAPA).

In the late 1980s my mother began to write a textbook about the history of costume based on the lectures she had given. It was to be published in 1992 with the title, History of Costume and Style. A Google search shows a copy in the National Library of Australia and one in the Western Australian Museum. There is also a copy on my bookshelf.

I have to admit it has taken me up till now to realise the amount of effort my mother put into her role at Perth Technical College. She loved what she did and the people she worked for, she cared for her students and she embedded in me a love of theatre and the creative arts. I was lucky enough to be included in the groups of students she took to the dress rehearsals of opera and ballet and I will never forget those magical moments. I often wonder what happened to her students – what paths they chose to follow.

As for writing – perhaps the urge to write can be inherited. Ever since I could pick up a pencil I have scribbled stories, poems, journal entries and even song lyrics. The poems and song lyrics were, to tell the truth, awful. I destroyed much of my scribbling when I was clearing out my parent’s house after my father’s death. It was way too embarrassing to keep.

My mother always encouraged my writing. When I was a teenager we even collaborated on a children’s book idea. I wrote the words and she did the illustrations. I think I still have it somewhere but I have not looked at it for many years now. One day, perhaps, I too will be able to call myself a published author.

And After That, She Never Learnt to Drive