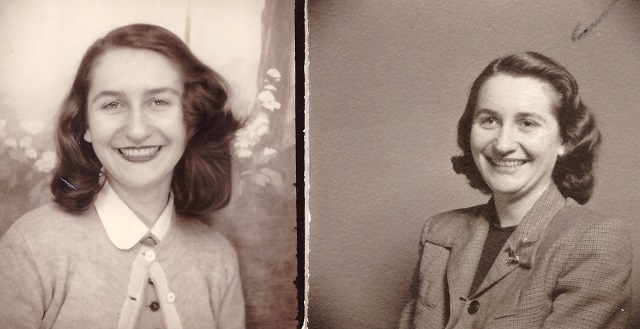 Greta Garbo, the glamorous Swedish American motion picture star of the 1920’s and 30s, was to be one of my mother’s first customers when she began work at Saks Fifth Avenue, the high end department store in New York City.

It was the 1940s and, despite the outbreak of war, New York was an exciting place to be, especially for anyone interested in the arts. With World War II causing destruction over much of Europe, New York saw an influx of European artists escaping the carnage. It was also a time when younger artists like Jackson Pollock were starting to make their mark. Carnegie Hall was pumping, and Broadway was beginning the Golden Age of American Musical Theatre with shows from Cole Porter and Irving Berlin, as well as Rodgers and Hammerstein collaborations.

When my mother moved to New York in the early 1940s she was in her twenties and had just graduated from the Moore Institute of Art, Science and Industry in Philadelphia, where she had majored in costume design. She found a job at Saks Fifth Avenue where elegant offerings and a superior standard of customer service attracted high society and celebrities from around the country.

Greta Garbo, whose last major film, Two-Faced Woman, debuted in 1941, was living in Manhattan and often visited Saks Fifth Avenue. I found a website which had auctioned some of Garbo’s signed invoices showing she had bought clothing, hats, footwear and even a brush from Saks. She was one of my mother’s first customers. In an article written about my mother, in The Western Mail Magazine (June 8, 1985, pg. 14) she is quoted as saying, “I remember one of my first customers very clearly. Greta Garbo… I can still picture her when she walked into the store. She was wearing an enormous hat, no make-up, and she had those amazing bones. She was absolutely beautiful.” But Garbo was not the only movie star my mother served, she also met Lauren Bacall, a regular customer of Saks Fifth Avenue, just before Bacall left for Hollywood.

I wish I knew where my mother lived when she first moved to New York, or even what year it was. If she was in her twenties, she would have to have moved there no earlier than the end of 1942. By 1948 she is living in Park Avenue with her parents but where she lived before that, I have no idea. Perhaps she shared an apartment with a friend or rented a room. I am hoping to find more information as I work my way through the piles of letters and documents I inherited. I could only find two photos of my mother (above) which had dates in the 1940s written on them – the one on the left was taken in 1941 and the one on the right in 1945. She looks so happy in both of them, I bet she was enjoying life in the Big Apple.

How Astrology Affected My Father’s Life