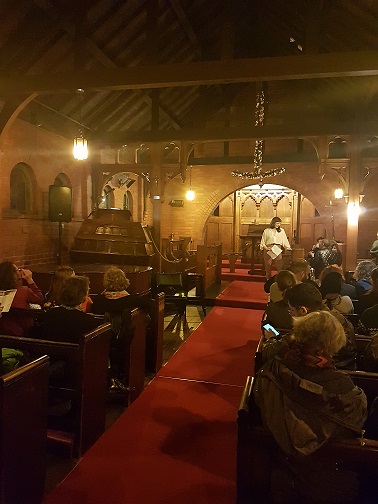 I was lucky enough to be able to take this week off work to attend Melbourne Writers Festival events and to have time to continue with my own writing.

This year’s MWF theme was “A Matter of Life and Death” and the program was unlike any of the previous festivals I attended. It was innovative, creative and diverse. I found it wonderful to see all genres of writing championed, from lyrics and performance to obituaries.

Three of the events I attended stood out for me and I’ll give a brief rundown of them in the order in which I saw them.

The first event which gave me food for thought was Therapy Couch with Krissy Kneen, which I wrote about here in last week’s post. I still find myself thinking about the answers Krissy gave to Cate Kennedy as she was probed about her creative process. So much of what Krissy spoke of resonated with me and I wish her well completing her memoir. I look forward to reading it when it is published.

Next on my list is the talented Ceridwen Dovey who was interviewed by the equally talented Lee Kofman at St Kilda Library. I’m lucky enough to know Lee and admire her not only for her writing and mentorship capabilities, but also her capacity for facilitating conversations with writers. She asks the best questions. I’ve read Ceridwen’s book “In the Garden of the Fugitives” twice and I can count on one hand the books I’ve read more than once. Ceridwen has a style of writing which captured me from the first page and held my attention, even on the second reading, until the last. It was fascinating to hear about her writing process. I was especially interested to hear about how she researches and how she made decisions about which facts to include and which to leave out of her novel. I very much appreciated the in-depth answers Ceridwen gave to Lee’s questions.

Finally, the event which made an indelible impression on me, was A Better World Starts Here, held in the chapel of Mission to Seafarers, a venue I have never been to. Listening to the four extraordinary speakers; Sisonke Msimang, Saba Vasefi, Rafeif Ismail and Samah Sabawi voice their stories was both emotional and uplifting. Each of these remarkable women spoke with passion, conviction and humour and the audience drank in every word. They told of war, of racism, of sexism, of detainees, of justice, of change and of their hope for the future. “Nothing is sustainable when we try to do it alone,” said Sisonke Msimang as she opened the evening. Samah Sabawi performed spoken word as part of her talk, “I will not be polarised. I will not be moved by hatred, blindly pick a side. I will embrace ideas, not ideologies.”

I hope we can all embrace ideas and, following the example of this year’s Melbourne Writers Festival, allow ourselves to be curious, to explore and to listen. Well done MWF! I can’t wait for next year.

Fire: the incident which destroyed Count Kleinmichel’s estate in Potchep

She was a model in Paris, but did she work for Chanel?

Happy New Year from a Great-Grandmother to her Granddaughter