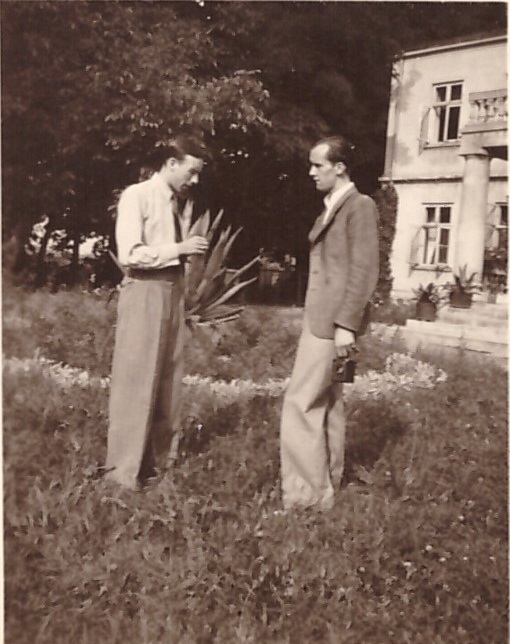 December 1944 was the last time my father would see his father, and it was also approximately four months before my father would be captured by the Americans. It is difficult to say whether he spent Christmas with his father, his diary notes just mention that from 20 – 26 December he was in Posen and at Zelaskow and “saw Papa for the last time”. From the dates he gave, I assume he was with his father for the Christmas holidays.

Posen (Poznań) is an area which is now part of modern day Poland. At one time it belonged to the kingdom of Prussia and had been settled by German immigrants from the 13th century onward. The area was annexed by the Nazi government after the invasion of Poland, as they had determined this area, amongst others, would be “Germanized” and become part of the “lebensraum” (living space) they so desired. This annexation included the deportation and, in some cases, murder of both Jews and ethnic Poles who lived in the area.

Ethnic German families, including my father’s family who had lived in the Baltic States for over 700 years, were relocated to the areas annexed by the Nazis between 1939 and 1941, as a result of the Molotov-Ribbentrop Pact, a pact of non-aggression between Germany and Russia. According to my father, they were told they had been given an estate in Posen to compensate them for the estate (Nurmhusen) they lost in the newly independent Latvia. Of course we know now this was untrue. The Baltic German people were encouraged to leave the homeland they had known for so long by both Hitler and various community leaders, who phrased the repatriation as a new “mission” for them.

The village of Żelazków (Zelaskow) is an area in west – central Poland, approximately 105kms south east of Poznań (Posen). I assume it is where my grandfather had been relocated to and was living at the time.

I wonder what that Christmas was like for both my father and my grandfather. I wonder if they had any feeling that the war was close to ending and that they were not going to fare well when it was finally over. I know my grandfather could be difficult to live with, so that Christmas might have been tough for my father.

The photo above shows my father (on the right) at Zelaskow, with someone who I cannot identify. It was taken in the summer of 1943; my father must have again been on leave from the army. He, looking so young and holding a box Brownie camera, is having what looks like a serious discussion with the other person. I cannot make out what the other person is holding (if anything) but I hope it is not something that was once living! Behind my father is a large house, which I assume was where my grandfather was living at the time, but I do not know for certain.