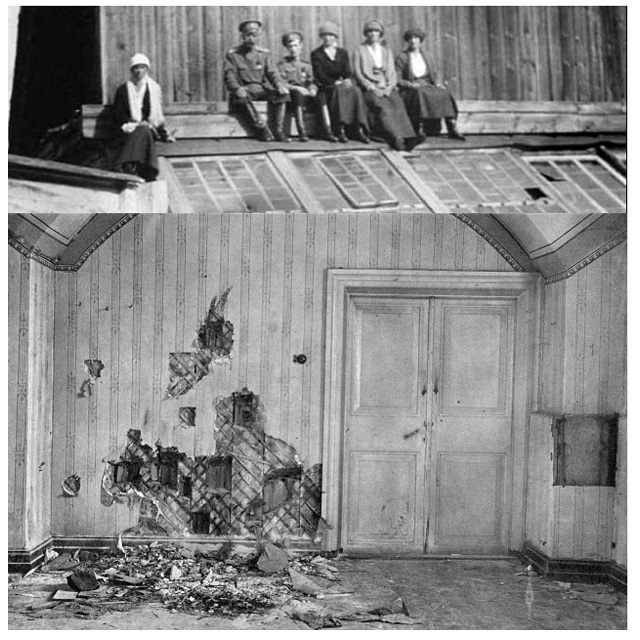 Last week marked the sad anniversary of the murder of Russia’s Imperial Family; Tsar Nicholas II, the Empress Alexandra and their five children – Olga, Tatiana, Maria, Anastasia and Alexei. They, together with a handful of their loyal servants, were brutally executed by the Bolsheviks, in the basement of the Ipatiev House in the early hours of 17 July 1918. My grandmother, Olga Woronoff, a friend of the daughters – especially Tatiana, wrote about their deaths in her book Upheaval. By the time my grandmother heard the dreadful news, she was staying with friends on their estate in what is now Ukraine.

“At the end of July we received news of the Emperor’s murder in Siberia. The bolsheviks did not yet dare announce the monstrosity of the whole family’s massacre.

We felt stunned by this awful unexpected blow. Somehow we had believed that they were safer there, away from the capital – the center of all revolutionary activities, all the struggle and changes, – where the manifestations of hatred, cruelty and vengeance were at their worst.

Large sums of money had been collected among those who had remained devoted to the Imperial family and had been sent to Siberia at different periods through trustworthy men; and the prisoners’ rescue had been carefully planned. But each time both men and money had vanished. It was only much later that I learned about the treacherous organization, that had made its nest at Tioumen, not far from Tobolsk.

These people posed as monarchists and, intercepting the messengers, who brought the money, they persuaded them that a powerful organization had made everything ready for the Imperial family’s escape; that every possibility had been studied and that individual attempts might only ruin everything and put the prisoners into a critical situation; that it was far more reasonable to join this group and not try to do anything on the side of it.

Those men who believed this story, gave the money over and joined the organization to disappear forever shortly after. Others refused to join or give up the money. These were immediately shot.”

It was only after my grandparents had escaped to France, some time later, that they learned the awful truth.

Two days before the murder of the Imperial family, and after a long period during which they had been deprived of such consolation, a priest was allowed to hold a service for them in their prison. He told later how deeply he had been impressed by the spiritual height the family had reached. He said that he felt they already did not belong to this world.”

If you want to learn more about the Romanovs, their lives and their deaths, please visit the “In the Steps of the Romanovs” YouTube channel: https://youtu.be/b1DR8os8cJo

What She Did Not Say – An Unfinished Memoir Part 2

Rule 1: You must leave the house