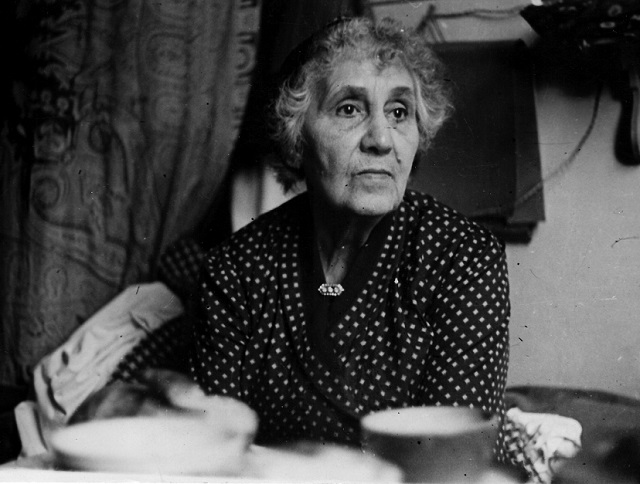 My great grandmother – my maternal grandmother Olga Kleinmichel’s mother – Countess Catherine Nicolaievna Kleinmichel, neé Bogdanov was born in Riga on 2 November 1865, when Latvia was part of the Russian Federation. Her father, Nicholas Bogdanov, was Marshal of Nobility of the government of Kursk, Russia, an area which lies next to the present border with the Ukraine. According to her daughter, my great Aunt Ella, Nicholas was a very handsome man who had Italian blood in his veins. Catherine’s mother had the maiden name of Tschikarevsky – but I have no idea what her first name was.

Evidently the Bogdanov family were musical. Catherine’s three brothers were all pianists. Catherine herself was described by great Aunt Ella in a letter to my mother, as “having an artistic nature, enjoying everything talented, full of art and taking part in everything aesthetic and worth artistic nature.”

Catherine was my great grandfather’s second wife. Konstantin Petrovich Kleinmichel’s first wife, Countess Nina Kankrine tragically died young, leaving him with the care of two small children. My great grandparents met at a ball, Catherine was barely 17 and Konstantin was 42, but for him at least it was love at first sight. They were happily married for 28 years until his death in 1912.

Sometime between 1913 and 1917 Catherine remarried. Unfortunately, I have not yet discovered the name of her second husband, but I still have many documents and letters to sort through, so hopefully his name is in one of them.

As the Russian Revolution tore through the country, my grandmother lost track of her mother and step-father. The last she heard of them was in the spring of 1918 when her sister Claire received a letter from Catherine relating how they had narrowly escaped death in the Caucasus. As my grandmother, in the south of Russia, was completely cut off from the rest of the country, she had no way of knowing if Catherine had made it back to Petrograd safely.

The story of Catherine’s eventual escape from Russia, together with her second husband, will be the subject for another post. Suffice to say it was with great joy that, the day after my mother was born, my grandmother and her mother were finally reunited. In my grandmother’s words:

“Through the tears that dimmed my eyes I scanned her face in detail, the face so familiar to me and yet somehow, so new after the long years of absence.

I realised what agony she must have lived through, cut off from her children, not even knowing where we were for several years; with the horrors of the revolution taking larger proportions every day, these years must have been for her one long nightmare.”

Until her death in 1958 my great grandmother was close to my mother. When my grandparents and mother left France, Catherine wrote regularly to my mother. They must have had a special bond. The photo above was taken of Catherine in 1949.