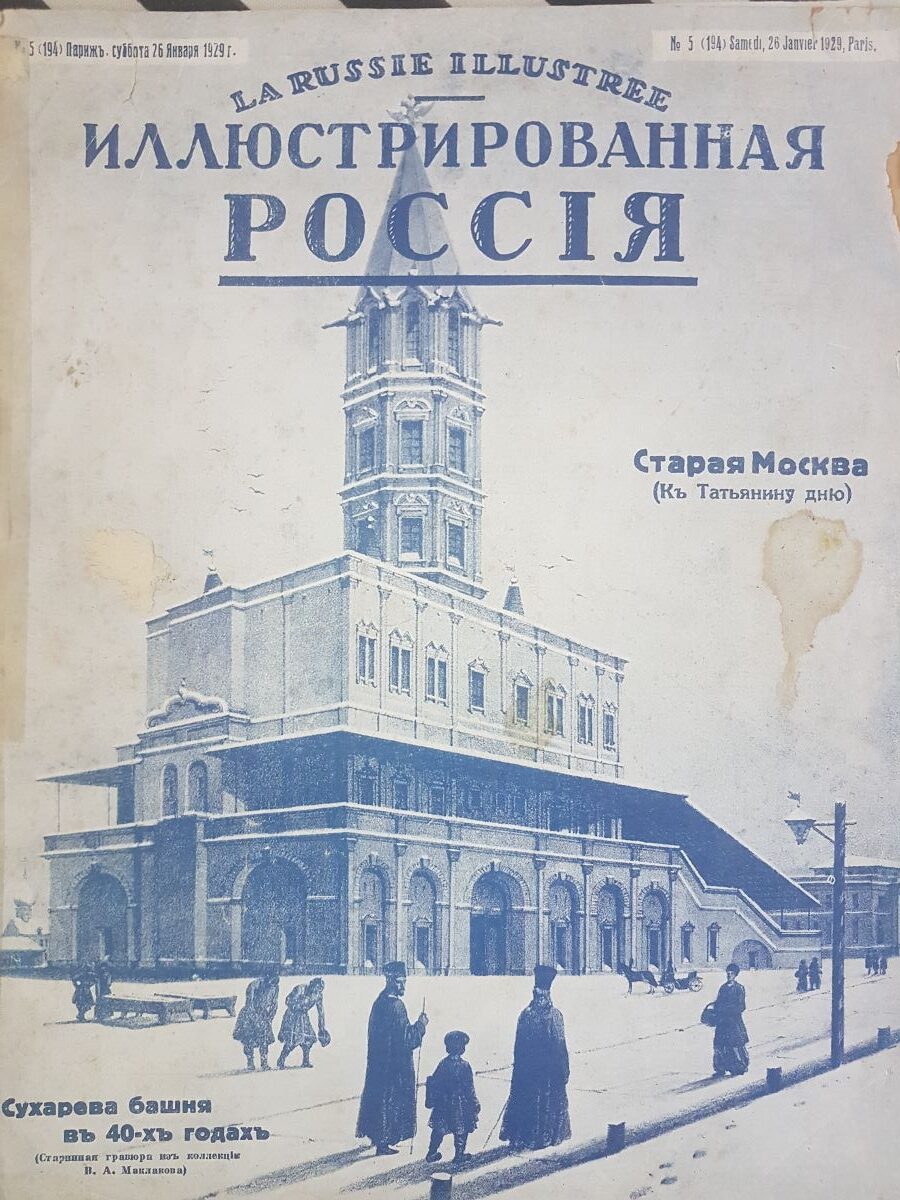 Some of the most difficult decisions I had to make in my life were made in the couple of months after my father died, when I had to sort through the house that he, my mother, my grandmother and I had lived in. If you have read through some of my previous blogs, you will already know that I had to deal with a lot of stuff in a short period of time. I often wonder if I threw out things that I should have kept, but it really is no use having those sort of regrets. Whenever I start thinking about it, I remember the people who have lost everything to fire or flood or some other circumstance, and I realise how fortunate I am.

One of the items I hurriedly placed on the “to keep” pile was this magazine. I have no idea what made me keep it. Perhaps I thought it would have some sort of value for my family history quest. Perhaps I was just intrigued. Most likely it was jammed amongst other documents and paperwork. However, it is interesting and makes me wish my Russian skills were far better than they are.

The title of the magazine translates to “Russia Illustrated”. I discovered this website which explains that it was a magazine designed for Russian émigrés. It was first published in 1923 and, from 1924 to 1939, had its headquarters in Paris. The editorial office was at 34 rue de Moscow Paris 8. Apparently it also had an office in Constantinople and was read in that city as well as Paris, Berlin and Prague. The website also gives details of some of the Russian émigré writers and poets who contributed to the magazine. Even I recognise a few of their names, including Teffi. During the last years of the Russian Civil War, my grandparents attended an event where Teffi gave a reading of her works.

Even I, with my limited Russian, can see the magazine is quite negative toward the Soviets – and why wouldn’t it be. There is a page of rather ugly caricatures, under the heading “Why are the elections of Miss Russia not held in the USSR?” I ran the captions through a translation site and discovered reasons such as, “she is not the most beautiful” or “she seems not to be a girl” or “despite the name, she is a man”. There are also articles on Moscow, fashion, people, the arts, etc. Perhaps I should be using this magazine to practice my Russian? Although it appears to use Russian letters which are no longer in use today.

I wonder why my grandparents kept this particular issue of the magazine. It must have been among my grandparents’ possessions. When I looked through the magazine I did not recognise anyone in the photos. Perhaps, one day, I will discover the reason they held onto this magazine. In the meantime, I have to figure out what to do with it.

He survived the Gulag, but was never the same

A Man Does What He Must