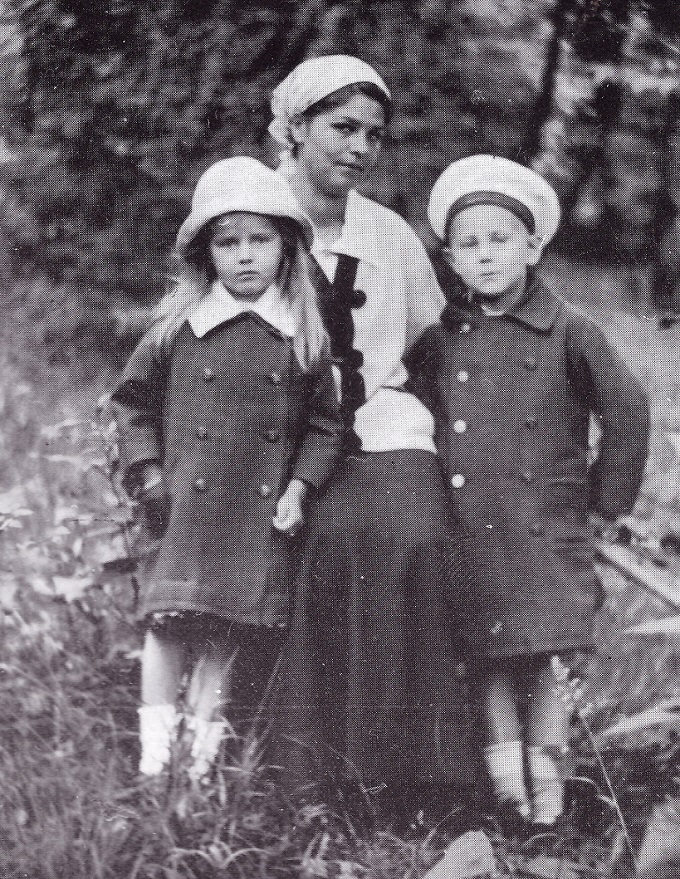 Last time our story ended when my grandmother finally learned her mother and step-father had made their way back to Petrograd and how to contact them. She could at last get in touch with her mother. My grandmother had discovered my great-grandmother’s address through an acquaintance of her elder sister, my great-Aunt Clair, also married to a White Army officer.

Both my grandmother and Clair wrote to their mother but it was Clair’s letter which reached her first. It was not the news my great-grandmother was hoping for, as the letter told her of the death of her first grandchildren.

In the Epilogue of her book Upheaval, my grandmother wrote about this sad event; “Clair, my eldest sister, escaped to Bulgaria though her children caught the influenza on the way there from the Crimea, and died. Clair’s husband did not learn of this cruel misfortune until much later; he joined Clair safely in Bulgaria after the Crimea had been left by the Army, and several years later he followed his children into the grave.”

The photo above is of Clair’s children – Sophia and Constantin – with their nanny. They died in 1920, within two days of each other, at the ages of 8 and 9. The influenza my grandmother writes about was the Spanish Flu pandemic, which was to end in 1920 after ravishing Europe since 1918.

Clair’s husband, George Martynov, had already escaped death once after he had been arrested, as explained in Upheaval.

“The motive for his arrest had been his protest against the ‘confiscation’ of all of his shoes except the one pair he was wearing. Immediately he was led away to be shot. Clair followed, entreating the head of the squad, who, I might here add, was intoxicated, to let her husband go, but this made matters only worse. The man announced that if she did not stop talking he would shoot him there and then.

My brother-in-law was then placed against a post. Seeking to gain time, he expressed the desire to smoke a last cigarette. And as he lit one with apparent calm and composure, the drunken man suddenly changed his mind and, expressing admiration for his courage, let him go.”

Clair and George later had another child – a boy named Dmitry. George died in 1924, I do not know what caused his death.

One month after my great-grandmother received Clair’s devastating news, another letter was delivered to her. It was from my grandmother, and it brought the news that my grandparents were expecting their first child – my mother. In my grandmother’s words, “This letter had both overjoyed and alarmed her. Shaking off the inertia that her dismal existence had gradually taken hold of her, and that the previous sorrowful tidings had only intensified, my mother decided to hurry to my side and persuaded her husband they had to leave.”

So began their escape from Russia. It was never going to be an easy or quick process, as they soon discovered. Next time we will learn of the obstacles they faced and the drama that ensued.