Unlike Ivnia, the estate owned by my maternal side of the family, which I wrote about here, Nurmhusen, the estate owned by my father’s family, has had quite the positive change in fortune. I’ve written previously about Nurmhusen here. Since my last visit in 2017, the estate has seen major changes, with a restaurant and function centre opening, gardens being brought back to life and many other building and restoration works underway, as you can see above. I believe there is even accommodation ready for guests! The photos above were taken by Andris Jermuts – you can find him on Instagram here.

I am fortunate to own a wealth of information about Nurmhusen, which is located in Latvia, near the pretty lakeside town of Talsi. I have several books detailing the history of the estate, some photographs and the books even have the original plans in them. Unfortunately all the information I have is either in German or Latvian! But I do know that since the estate was confiscated from my father’s family in 1919 it underwent several reincarnations.

In the early 19th century Nurmhusen was a farm with horses (there is a huge stable opposite the main house), cattle and a dairy. I am not sure which crops were grown but it also has an old orchard. Then came the Latvian War of Independence when the estates owned by the Baltic Germans were reappropriated by the newly formed government. That is when my father’s family left and, while they returned to Latvia for a short time, they never lived in Nurmhusen again. 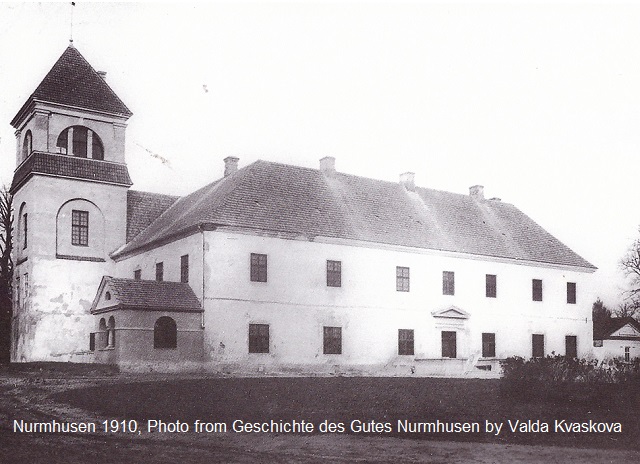 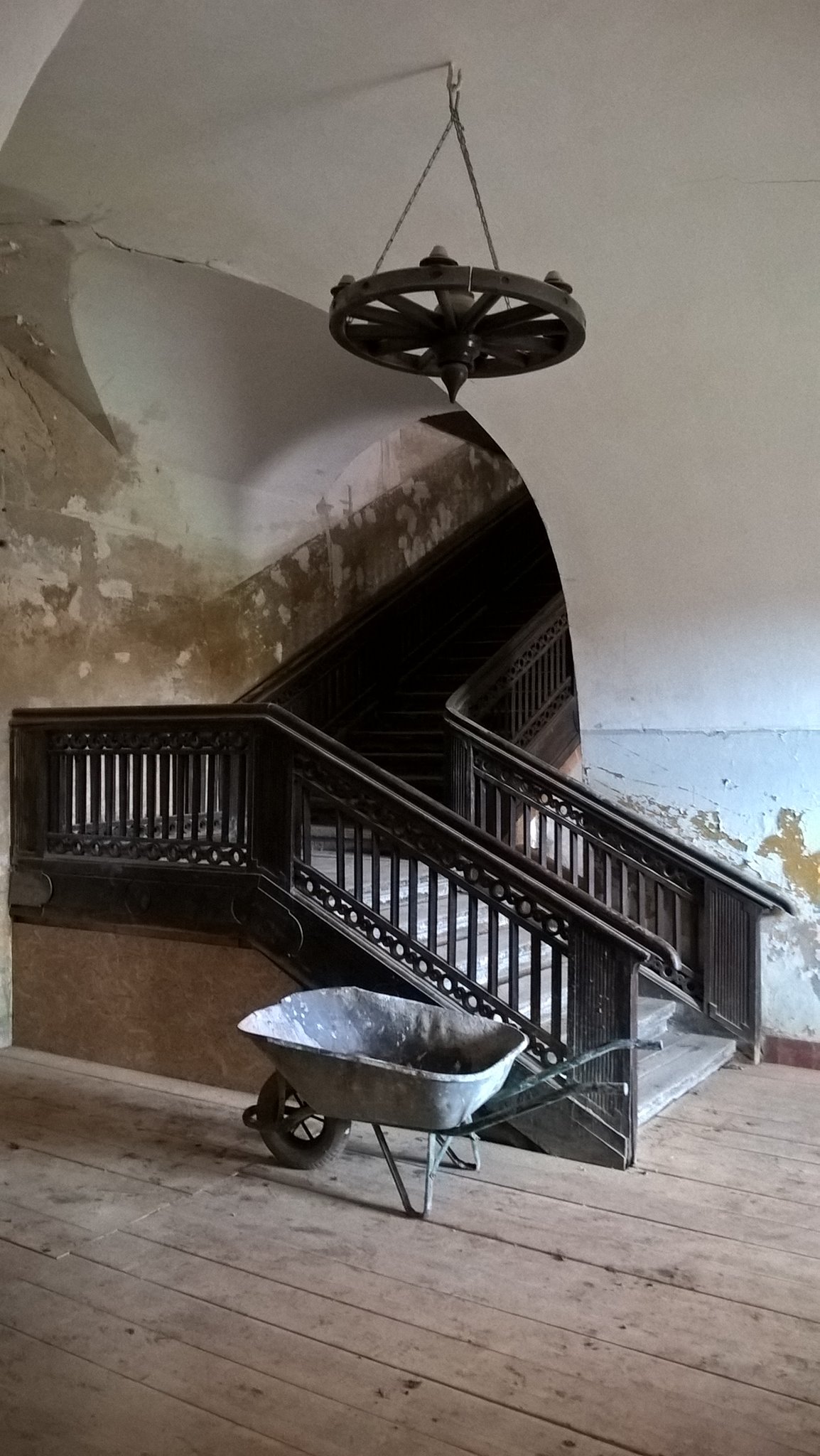 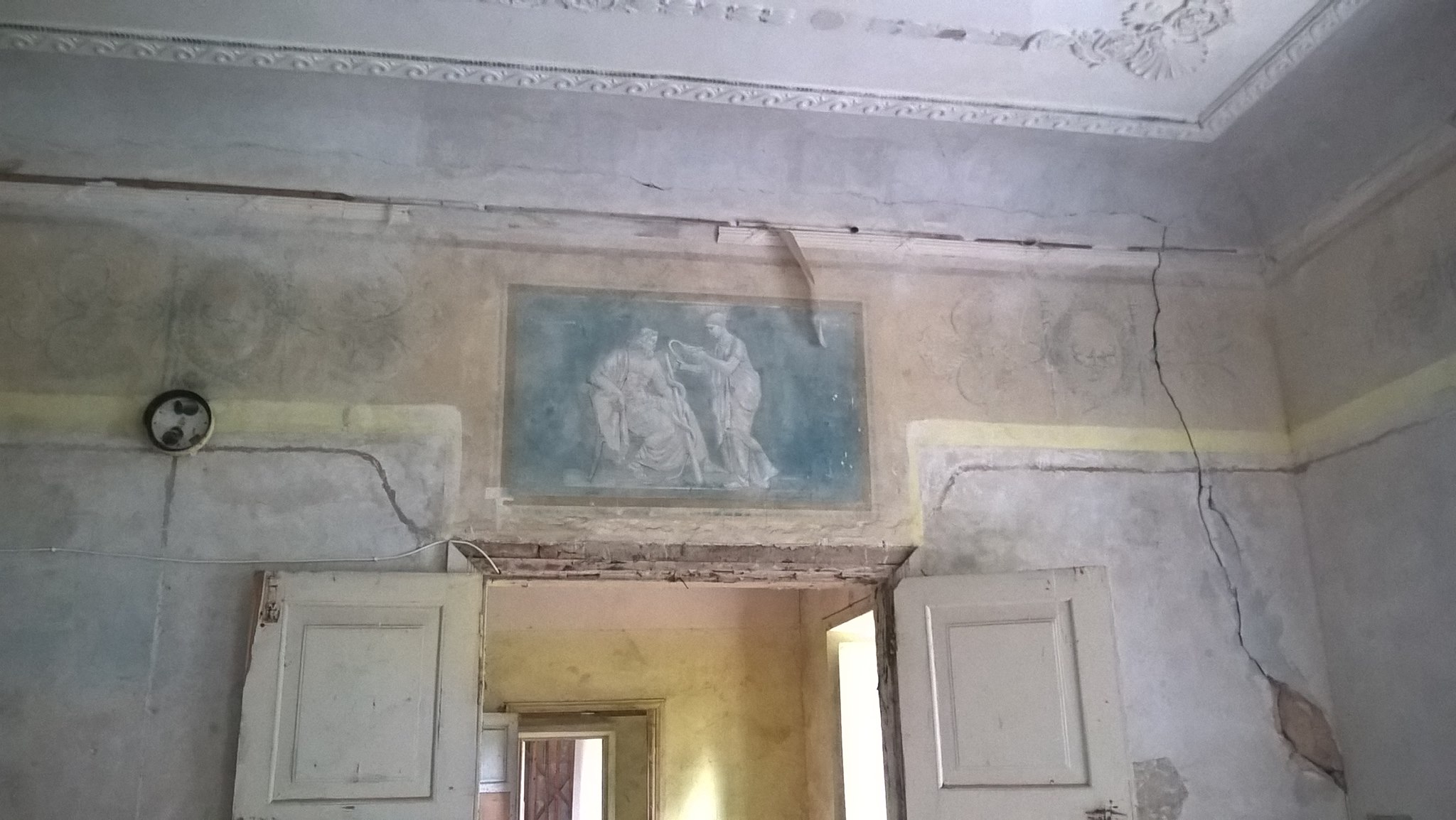 In World War II, I believe parts of Nurmhusen were used as a hospital. During the Soviet era the estate was turned into a kolkhoz – a collective farm. Later, the estate changed hands several times before finally being bought by Olegs Fils, a prominent Latvian business man.  By the time he bought the estate it had been fairly badly damaged, both by years of neglect and wilful vandalism. He has been responsible for the latest renovations and I was lucky enough to have Olegs show me around Nurmhusen last time I was there. It was a strange feeling to know I was walking on the same land my ancestors lived and sad to see so much of it needing tender loving care. It is comforting to know Nurmhusen is now in good hands. I’m hoping to hear from Olegs soon about the restorations. I would love to know how he decides which era to restore the main building to and what his next steps will be.

One day, when the restrictions end and we can travel freely again, do yourself a favour and put Nurmhusen on your bucket list – you won’t be disappointed! I hope to return there again one day.