Christmas for me has always been more of a German holiday than a Russian one. It was a time of year that meant more to my Baltic German father, than to my Russian mother who put more effort into celebrating Easter. December 25th was a low key celebration as we were still fasting before the Orthodox Christmas on January 7th. We certainly did not have any Anglo type of food or festivities, but we did listen to Christmas carols.

My mother’s favourite Christmas carol was “The Little Drummer Boy”, my father’s was “O Tannenbaum”, which is translated into English as “Oh Christmas Tree”, even though Tannenbaum literally means fir tree. My father would always begin to sing the words in German and then fade into a hum to cover the fact that he had forgotten the lyrics. He usually remembered at least the first verse:

how steadfast are your branches!

Your boughs are green in summer’s clime,

and through the snows of wintertime.

how steadfast are your branches!

The lyrics for O Tannenbaum were written in 1824 by Ernst Anschütz, who was an organist in Leipzig. But it is rumoured that a version of the carol was written centuries before then.

I often wonder if my father’s family listened to or sung Christmas carols around their own tree every Christmas Eve. Because it is very German to have the main festivities and the opening of presents on Christmas Eve rather than Christmas Day. I do know that whenever I hear O Tannenbaum, or its English equivalent, being sung, it always reminds me of my father.

This year I did my usual Christmas baking – a mixture of German stollen and cookies.

Wishing all my readers a very Merry Christmas, and a relaxing festive season – no matter which Christmas carols you prefer! 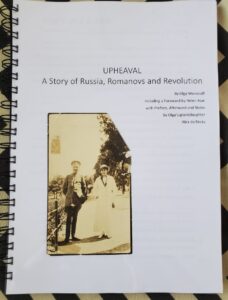 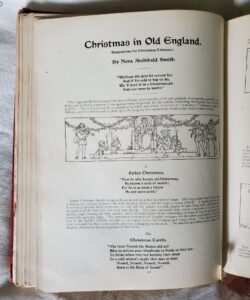