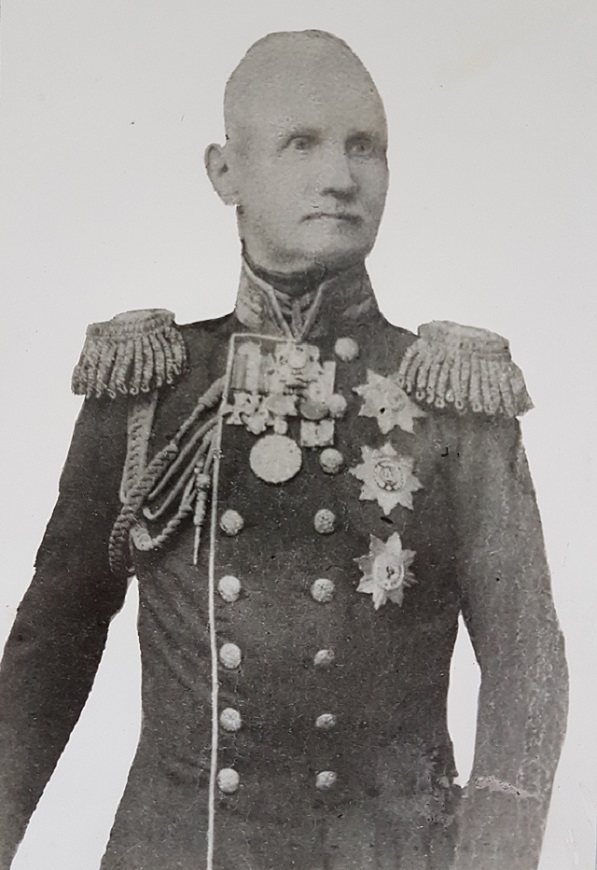 My great-great grandfather, Count Pyotr Andreevich Kleinmichel is apparently still quite well known in Russia (one might say infamous rather than famous), despite being dead for over 150 years. He is not an ancestor I am proud of but, as the saying goes, you cannot choose your family…

Pyotr Andreevich was the son of General Andrei Andreevich and, as far as I can tell, the grandson of a Baltic German pastor who lived in Riga, Latvia. Pyotr followed his father into the Russian military, as so many Baltic Germans did and, four years after enlisting, was given the position of adjutant to Count Arakcheev. His work was soon commended, and he began to rise through the ranks, taking on roles which attracted the attention of Tsar Nicholas I, to whom he became a personal friend.

This friendship sparked rumours that Pyotr Andreevich and his wife adopted the illegitimate children of the Tsar, but more about that in another post.

In 1837 the Winter Palace caught fire, resulting in a great deal of damage. Pyotr Andreevich, who never felt constrained by his lack of knowledge or competence, took on the project of restoring the building, promising – despite the derision of experts – that it would be rebuilt in a year. He met this timeline, although some of the workmanship left much to be desired. This accomplishment was acknowledged by the Tsar when he bestowed upon Pyotr Andreevich the title of Count and gave him a coat of arms with the motto, “Diligence prevails over everything.” The motto, and the Count who was not considered to be very bright, soon became the butt of jokes – “everything, except brains”, was the punch line.

Whether or not my great-great grandfather was intelligent might be debatable, what is not debatable is that he was not only energetic and determined to accomplish the seemingly impossible, but he was also apparently cruel, brutal and corrupt.

Pyotr Andreevich was one of the committee members responsible for the construction of the railway between Moscow and St Petersburg and again promised unrealistic completion dates to the Tsar. The construction was undertaken in the main by peasants who were exploited physically and financially. The construction of the railway, the harsh conditions and the heavy loss of life among the workers was immortalised in a poem written by Nikolai Nekrasov in early 1864, entitled The Railway. The poem was initially banned by the censors but Nekrasov, who was also the editor of the magazine Sovremennik, published it in 1865.

The poem begins with a conversation between a man and his son as they ride along the railway line. The son asks who built the railway and the father answers; Count Pyotr Andreevich Kleinmichel. The father then goes on to describe the work:

We struggled in the heat, in the cold

With your back always bent

We lived in dugouts, fought hunger,

Frozen and wet, sick with scurvy.

We were robbed by literate foremen,

The bosses whipped; the need pressed…

(Translation taken from this site https://ilibrary.ru/text/1029/p.1/index.html)

According to history, upon the death of Nicholas I, his successor Tsar Alexander II dismissed Kleinmichel, demoting him to an unimportant role. However, my grandmother believed the Count was so distressed at the death of “his dearest friend and beloved sovereign” he retired.