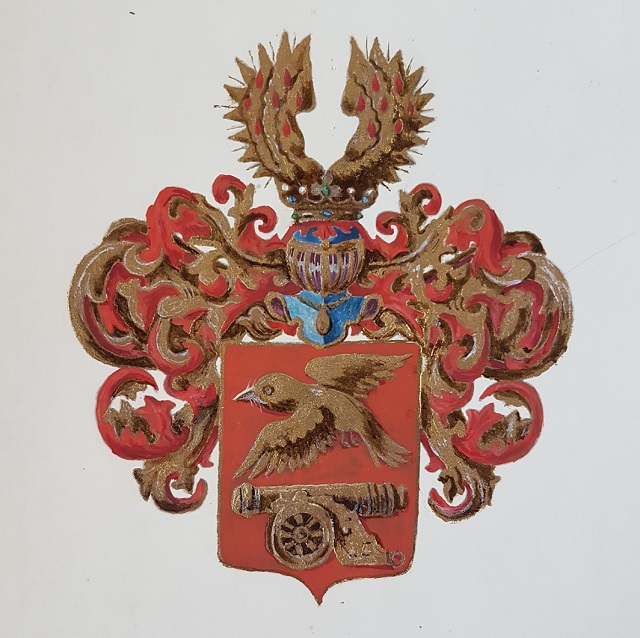 According to the memories of my great-grandmother, Anna Pavlovna Voronov, many of the male Voronovs (Woronoffs), my maternal grandfather’s family, were in the Russian military. In 1722, during the time of Peter the Great, one of my ancestors – Prokopy (Prokofy) Petrovich Voronov was severely wounded while fighting. I assume he was fighting in the Russo-Persian War of 1722-23, which was caused by Peter the Great’s desire to increase the influence of Russia over the Caspian and Caucasus regions. As a result of his injuries, Peter the Great decreed that Prokopy would be dismissed from service. Anna Pavlovna describes it like this (translated from the Russian):

“This decree was given by His Imperial Majesty from the Government Military College of the Kazan Dragoon Regiment to Prokopy Voronov for the following: last May, on the 23rd day, by His Imperial Majesty’s decree and on the examination of the State Military College, through a doctor’s certificate, from wounds in the stomach through, and in the left arm, and on the right leg three wounds, and on the left two wounds, and from those wounds the stomach is unwell and the legs are thin, he is retired from service at all; and for service he was given the rank of ensign, and for the determination of civil cases, he was sent to the Government Senate.”

In 1931, a letter was written to my grandfather, Pavel Voronov (Paul Woronoff) from a “Sasha”, (perhaps his brother Alexander?). In it Sasha describes the crest in this way, “A golden cannon, with the golden gun-carriage, sits on the crimson shield. Above the cannon, a golden raven with silver eyes and silver beak is pictured in flight. The shield is adorned by a noble crowned helmet. The helmet crest – two golden eagle wings – each carry seven red drops of blood. The colours of the crest: the upper wings, the nobility crown, the decorations on both sides, the shield’s frame, the raven and the cannon – are golden. The helm on the shield – burnished steel / on the drawing it’s blue; the seven drops of blood on each upper wing are red – of the blood colour, the same as the shield’s background.”

Also in the letter Sasha explains he used to have the officially registered crest, but it was left at home (possibly one of their estates) and he did not know whether the Bolsheviks in Ufa destroyed it or not.

I do own what looks like an official certificate with the Voronov family crest on it but, as it is in Russian, I am not sure if it is original or a copy.