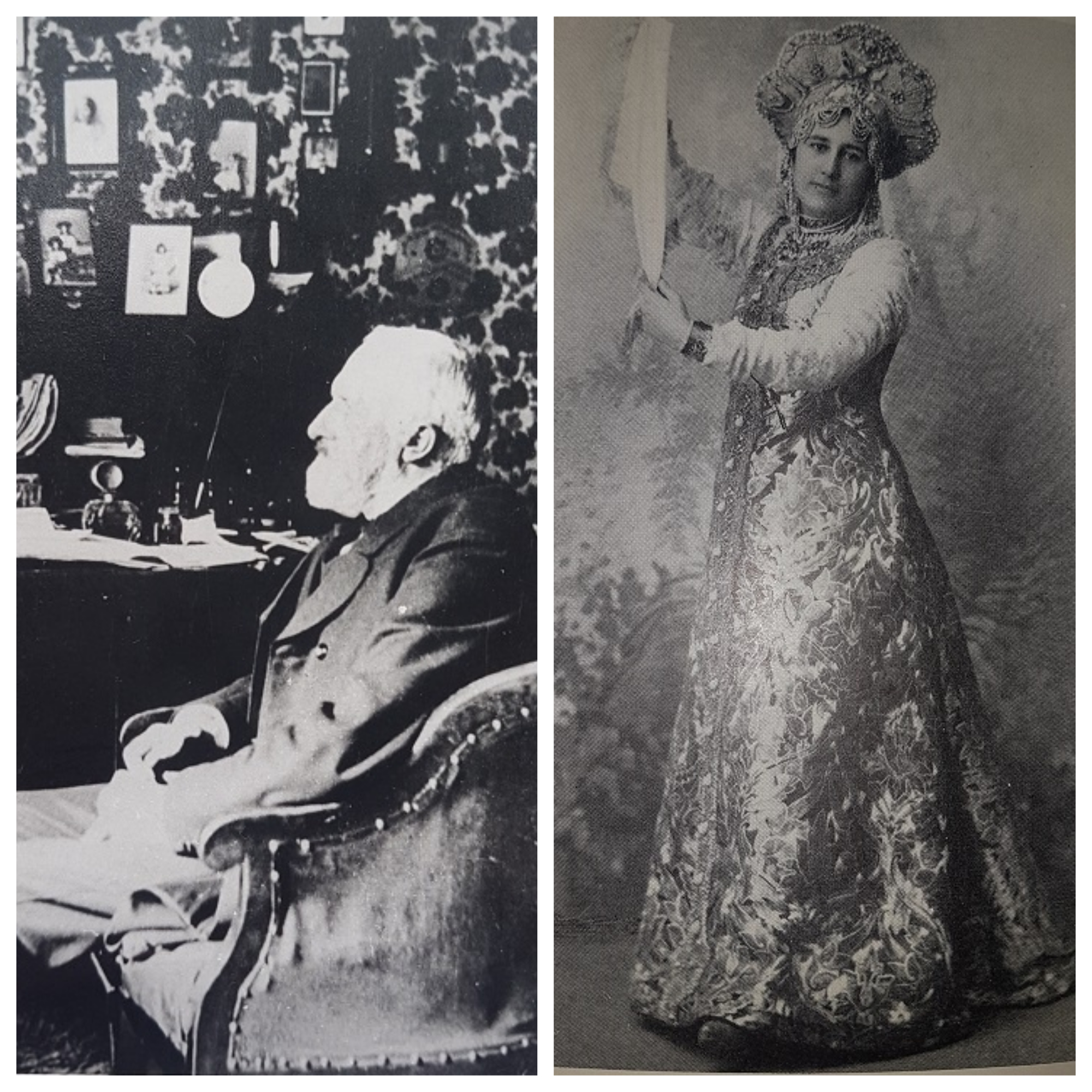 Being married more than once seems to be a familiar pattern for the males on both sides of my family.

On my father’s side, my great grandfather, Otto v. Fircks, was married twice. On 10 January 1854 he married Catharina Hilda v. Oelsen, who died in 1868. On 29 April 1875 he married her sister Gabriele Anna Gertrude v. Oelsen, who was also marrying for the second time. He was thirteen years older than Gabriele. He fathered a total of nine children, six from his first marriage. My grandfather was the eldest child of his second wife.

Friedrich’s father and my great great great great grandfather, also named Friedrich Ewald, seems to have begun the paternal family pattern of multiple marriages by marrying twice. It appears that he only waited six months after the death of his first wife before marrying again.

Although I know little about my maternal family tree, I do know that my great grandfather, Konstantin Petrovitch Kleinmichel married twice. His first wife, Nina Victorovna Cancrine, died young, perhaps in childbirth. If so, he barely waited a year before marrying my great grandmother, Ekaterina Nicolaievna Bogdanov, who was twenty five years younger. Konstantin had seven children in total, five with his second wife. My grandmother was his youngest child.

His father, my great great grandfather, Pyotr Andreevich Kleinmichel, also married twice. It is rumoured his first wife, Varvara Kokoshkina, divorced him due to his impotence. They had no children. He then married my great great grandmother, Kleopatra Petrovna Ilyinskaya, a relative of Varvara Nelidova, mistress of Tsar Nicholas I of Russia. It is documented that they adopted several of the illegitimate children of the Tsar and there was gossip – never proven – that my great grandfather was one of them.

My great grandfathers also have another connection, they both married women who were born in Latvia.  The two v. Oelsen sisters were born in Mitau and Ekaterina was born in Riga. Latvia at the time was known as Courland and, since the late 18th century, had been under Russian rule. My paternal family was Baltic German, a culture which had fairly strict rules about marriage. The surname, v. Oelsen, tells me that the sisters also came from a Baltic German family. Despite being born in Riga, Ekaterina – with the surname of Bogdanov – was definitely Russian. I only know that her father was Nicholas Bogdanov, Marshal of the Nobility of the government of Koursk. Koursk is in Russia, south of Moscow. I have no idea how Ekaterina came to be born in Riga. Perhaps my source is wrong.

The photo above is of my great grandfather, Otto v. Fircks and my great grandmother, Ekaterina Kleinmichel – who is dressed in traditional Russian costume.