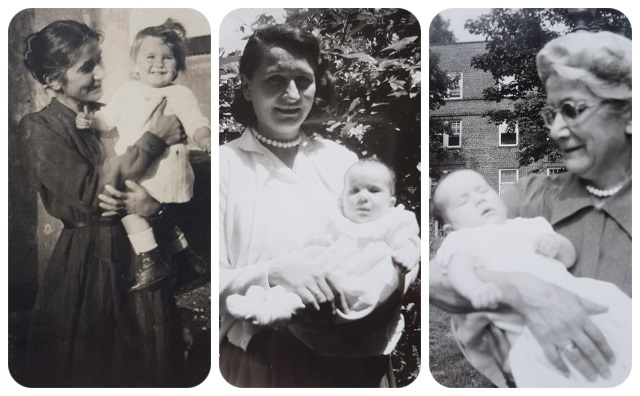 I know of several reasons why I have no siblings. I know my father, after his experiences during WWII, decided not to bring any children into a world which could create such misery and destruction. Before he agreed to marry her, he forced my mother to promise not to have children. I know that promise devastated her as all she had ever wanted was to be married and have a large family of her own.

What I do know is that my mother had been in labour with me for 48 hours before the doctors decided to perform a Caesarean. I also know they took my father aside and asked him which of us he wanted saved.

So, I can safely assume that the combination of my father’s hope never to procreate and my mother’s tragic track record of pregnancies and miscarriages, combined to ensure that I was the only mistake they had. But I’ve often wondered why my mother was also an only child.

My precious love and happiness, my Pavlik, if, God forbid, I were to die now, I want to tell you once more that you are everything to me, that I have loved only you and have lived only for you and by you.

The letter continues in the same vein and, after my grandmother’s signature, she has written three words: Love our baby.

What can be assumed from this heart rending letter? I can only think that my grandmother knew she would have difficulty giving birth. Perhaps her doctor had already told her she might die during the process. Whatever the reason, my grandmother felt the need to reiterate her love for my grandfather and, with those three last words, begged him to accept their child no matter what.

It is possible that, whatever happened during the birth of my mother, meant my grandmother could not have any more children. Or maybe she was so traumatised by her experience, she decided not to try again. I will probably never know.

Found Objects – The New York Times and the assassination of JFK