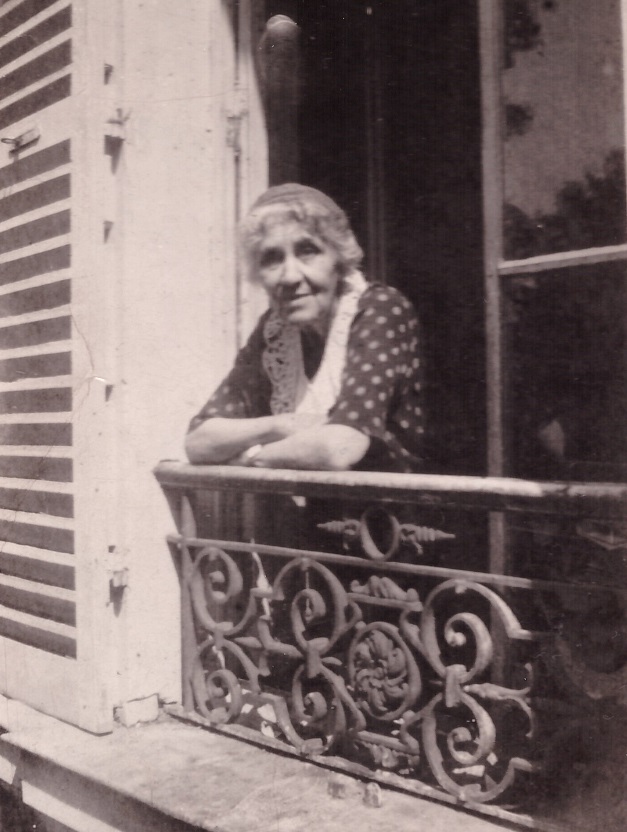 In this final episode, we learn how my great-grandmother and her husband finally was able to leave Russia to be with her daughter, my grandmother. If you have missed the first four chapters of her story, you can start reading them here.

Last week we followed my great-grandmother as she ran around from one place to another, organising the documents which would allow her and her husband to leave Russia. Finally she completed every step, the documents were stamped and sealed and she pushed her way through the teeming crowd to go home. When she reached the street, to her horror, the package containing the documents was gone.

My grandmother takes up the rest of the story:

Alone and no trace of it (the package containing the travel documents) to be seen anywhere, she looked around and under her feet and started back in a wild frenzy. And she was to leave Russia in a week.

As she had been unconscious of anybody around her on her way out, so now she scarcely noticed the unpleasant remarks, the insults, the rough pushing that she got on trying to make her way back into the building. She searched frantically everywhere, she asked everyone, went dozens of times over the route she had taken, all to no avail. It was a woman almost on the verge of insanity that returned home late that night. After so many years she had the chance to join her children and to escape from a virtual prison, and that chance had been snatched away forever. There remained two means of escape, but how precarious; the one to secure new documents by bribery, the other to flee without any permit. Both ways were equally dangerous, equally uncertain.

Three days passed in frantic and fruitless search of the lost papers. On the night of the third day my mother had returned with empty hands again and sat in her chair gazing vacantly in front of her. Presently the door bell rang. Two men, unknown to my mother, stood outside. Having received proof that she was the person they were looking for, they explained that they had some days earlier found a package containing a number of documents and expected to get a reward for returning them to her. “We could not…

And there the notes my grandmother wrote ended. No doubt she meant to continue but didn’t. Or the rest of the notes were lost somewhere during one of the times they relocated.

Russian naval officers on the Standart