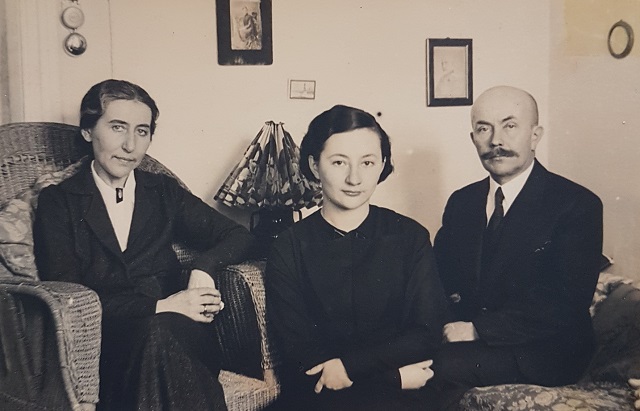 Millions died in Soviet Gulags during their time of operation from 1918 – 1953. Luckily my great uncle was not one of them.

I have written previously about finding letters and documents concerning my great aunt, her husband and their daughter. However, I was interested to know more about my great uncle by marriage and the reason he was incarcerated in a Soviet Gulag. After a bit of research and some help from a Russian friend – thank you Sveta! I now have more information.

Paul Woronoff (Pavel Voronov), my grandfather, had a younger sister by the name of Natalia. I met great Aunt Natasha (as I knew her) when I was ten. At the time I had no real idea of how we were related, but she was a lovely elderly lady who taught me how to play cards. In 1916 Natalia married Boris in Leningrad. Boris was a Colonel in the Russian Army, serving as a commander of a machine-gun platoon. In 1917 they had their only child, Olga. At the beginning of 1918 Boris was summoned into the Red Army where he only lasted a few months. By August 1918 he had joined the White Army on the Eastern Front. In the winter of 1920 he came down with typhus while fighting in bitterly cold conditions in Siberia.

I am not sure what happened over the next four years, but it looks as if the family then moved to Manchuria in 1924. I remember being told my grandfather’s family had escaped to Harbin after the Revolution. In Manchuria Boris worked as a driver and a clerk at the Chinese Eastern Railway, which had been originally built by Russia and, at this time, was being managed jointly by the USSR and China. The photo above is of my great aunt, my great uncle and their daughter in China.

There were a number of White Russian refugees who had fled to Manchuria during and after the Revolution and Civil War. My great uncle and his family must have felt reasonably safe as they were still living there in 1940 when their daughter migrated to USA and moved in with my grandparents. Then came the end of WWII and the Soviet conquest of Manchuria. Along with many other White Russian emigres, my great uncle was rounded up by SMERSH, a Soviet counterintelligence agency, and sent to one of the Gulags.

My great aunt continued to live in Manchuria, under conditions which became more precarious, until she too migrated to USA in 1953. On her Petition for Naturalization in 1958, she lists Boris as still living in the camp in Potma, Russia. This is strange as most of the Gulags were dismantled when Stalin died in 1953. I cannot find any mention of Boris on passenger lists or immigration lists, but his death was recorded in California in 1963, so they must have been reunited at some stage. Given the conditions in the Gulags, he would have been a broken man. My great aunt died thirty years and one day after him.