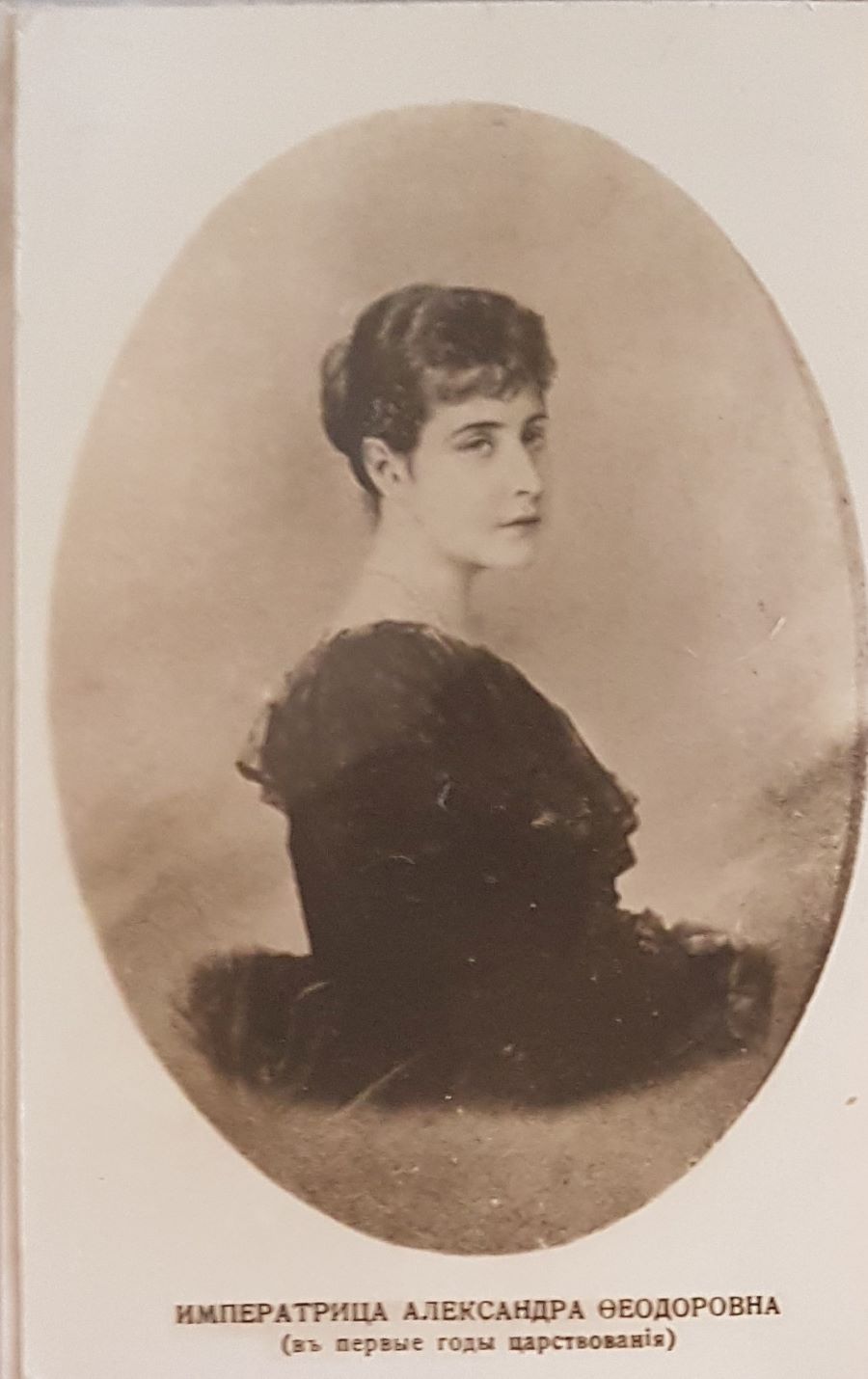 Was I named after Empress Alexandra (pictured above), wife of Tsar Nicholas II of Russia? It is a question I have been asked time and time again. It was not something I ever discussed with my mother.

How do parents decide on names for their children? I had a few parameters when choosing names for my three sons. I wanted each name to be short, so that they couldn’t be further shortened, and I didn’t want names which could be the focus of teasing or bullying. I have to admit though, by the time my third son was born, the list of names was definitely thinning.

My mother had one important consideration when selecting my name. As a devout Russian Orthodox believer, any child of hers had to have the name of a saint. This was not limiting in itself – there are hundreds of saints names she could have chosen. My father was of the Lutheran religion and I am reasonably certain they are not restricted in their choice of name. However, as indicated by the Fircks family tree, many of my extended family have the same names as our ancestors.

I spent this morning looking through both sides of my family tree. On the Fircks side, in my direct family line, the only other Alexandra I could find is one of my cousins, and she was born after me. There was one other Alexandra in a distant branch of the family, and a couple of Alexandrine’s but I doubt my father even knew them. On the Voronov / Kleinmichel family trees there were no Alexandra’s, although there were a couple of the male equivalent – Alexander. Could I really have been named after a great uncle or a great great grandfather?

Let us turn toward the facts which seem to indicate I was named after Empress Alexandra of Russia. Firstly, my grandparents were close to the last Imperial Family of Russia. My grandfather, Paul Woronoff (Pavel Voronov), served as a Lieutenant on the Imperial yacht and my grandmother, Olga neé Kleinmichel, was a lady-in-waiting to the Empress. The Imperial Family were present at the wedding of my grandparents and, according to Russian Orthodox tradition which forbade the direct involvement of the actual parents, Empress Alexandra stood in as my grandfather’s “mother”. My grandmother was closest to the Grand Duchess Tatiana, daughter of Tsar Nicholas II and Empress Alexandra, but she had already named my mother Tatiana, so that wasn’t an option, and Olga was already my grandmother’s name. Besides, using the name of the mother, Alexandra, somehow indicates honouring the whole family.

My grandparents were devastated when they heard of the murder of the Imperial Family. They held and cherished their memories of the family for as long as they lived. Perhaps they encouraged my mother to pay tribute to the Imperial Family and their memory by giving me the name of the Empress? For me, everything seems to indicate that this was the case.

Is it really good luck to shake the dirty hand of a chimney sweep?

She had an artistic nature combined with resilience