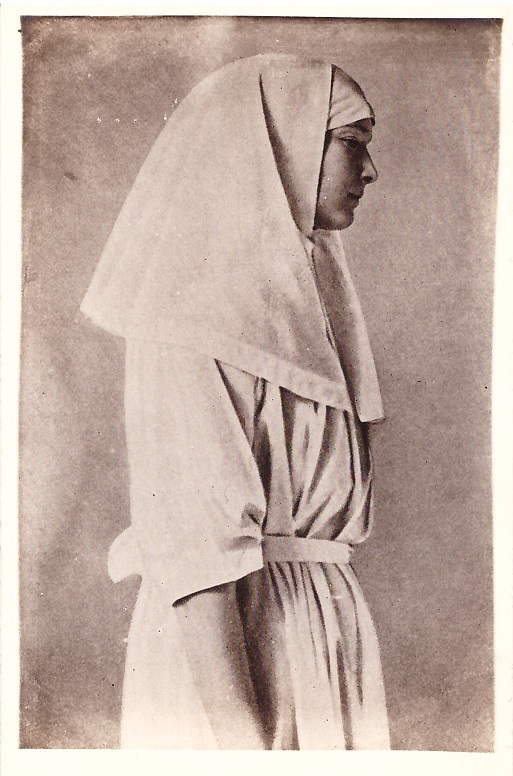 Mental fragility – it can happen to anyone and is often triggered by traumatic events. Last week I wrote about my grandmother’s grief and depression, which gave me food for thought – perhaps she had always suffered from mental fragility?

I thought I would explore this idea. I know my grandmother saw some horrific events during the Russian Revolution and I wondered if these had impacted on her so much that her mental state was affected. But the more I read through her documents and letters, the more I think my grandmother was mentally fragile earlier than that.

Through a friend in Russia, I discovered letters which my grandmother wrote to the Grand Duchess Tatiana in 1914. The contents of these letters give an insight to my grandmother’s state of mental health. As a background, the translation of Grand Duchess Tatiana’ diaries 1913-1918, by Helen Azar and Nicholas B.A. Nicholson, explains that at the beginning of WWI in 1914, Tatiana, along with her elder sister Olga and her mother, became certified as a “Sister of Mercy” – a military surgical nurse. This diary, along with the translated diaries of the other girls, make excellent reading.

In July my grandmother wrote to GD Tatiana – “Tata is moving from Tsarskoye Selo to Ella Pushchin, because Ella’s husband marches off tomorrow. All three of us want to do a short Sisters of Mercy course and are considering doing this at the St George’s Sisters of Mercy community.” Tata and Ella were two of my grandmother’s elder sisters. By the next month the girls were attending lectures, not at St Georges’ but at St Eugenia’s.

On 8 September, my grandmother writes to GD Tatiana, “You are already becoming experienced Sisters of Mercy while we are still only attending the lectures. We will be allowed to tend to the sick only in a week, I think. Now Mama wants to open a small hospital in Petrograd for 10 beds and is very busy organising it.”

If you are interested in seeing where the GD Tatiana and her sister GD Olga nursed, here is a link to their infirmary as it is now.

By 22 September there is a different tone to my grandmother’s letter. “Mama is opening the hospital for soldiers. Unfortunately, my sisters will not be able to work there because they will be occupied at the St Eugenia community. And I have quit the course because I’m feeling unwell. The doctors are saying that this is all nerves related. I become exhausted after doing just simple things and then I’m good for nothing for the rest of the day. It was very hard for me to make this decision, I really wanted to try myself in this field. But what can I do? I will sew and knit warm things and visit my Mama’s small hospital to read to the wounded and write letters for them.”

Nursing is not an occupation anyone can do – I certainly couldn’t! But perhaps my grandmother’s experience with nursing is an indication of a lifelong struggle with mental fragility – perhaps anxiety and, later, depression? I will have to keep looking for clues.

The photo above is of the GD Tatiana as a nurse. It is from my collection of Russian postcards.