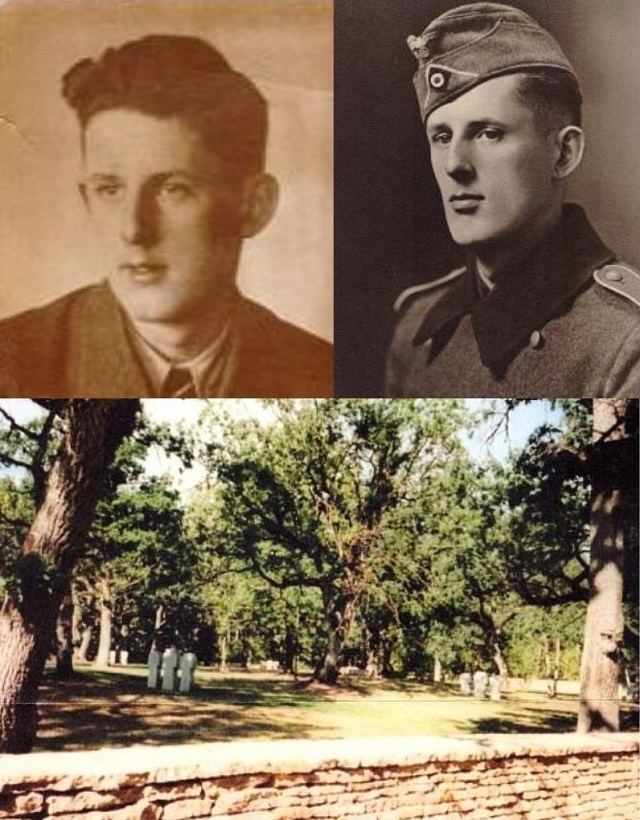 Friedrich-Georg Otto Heinrich von Fircks; fourth child and eldest son of Peter Julius Otto von Fircks. Known to his family as Frigo, he was by all accounts a sweet boy and a charming young man. My aunt, the eldest of the children, described Frigo as always happy, always cooperative and generous to a fault. Frigo was my uncle, but I never knew him.

My father was born twenty-five months after Frigo and they were very close. My father doted on his older brother and the two of them were inseparable. They both had blond curly hair and, when they were young, looked very much alike. Together they were mischievous and got themselves into all sorts of trouble. But Frigo was his father’s favourite child and I am sure my father knew that.

The sibling’s childhood was traumatic. Uprooted from the family estate, Nurmhusen, in Latvia before Frigo had turned one, the family fled to Germany, where my father was born. On the whim of their father, the family moved several times throughout Germany before eventually returning to Latvia, not to their estate, but to the city of Mitau. Like many other Baltic Germans, they just managed to scrape a living.

My grandmother died of asthma when Frigo was fourteen. Although she had been chronically ill for many years, her death still came as a blow to her children. My grandfather was left devastated.

Frigo had always had only one dream – to be a farmer. So after he graduated from high school he found a property where he could learn agriculture and farm management. By the summer of 1940, as a result of the Molotov-Ribbentrop Pact, and like many other Baltic German families, my grandfather and Frigo were living on a property in Poland, which Frigo managed. On the 15 October of the same year, fourteen days after my father was drafted into the German Army, Frigo was also drafted.

From the little information I have about Frigo’s time in the Wehrmacht, I assume he was – like my father – a part of Army Group North during Operation Barbarossa. My father was injured sometime in late July of 1941 and flown back to a hospital in Germany. Not long after, on 6 August 1941, Frigo was killed in action in Estonia. According to my aunt, this was the darkest blow of my grandfather’s life. My father also suffered from the loss of his best friend.

Frigo is buried in a German war cemetery in Rakvere, Estonia. The photos at the top of this post show Frigo as a young man, as a soldier and the part of the cemetery in Estonia where he is buried. At least I am reasonably certain the soldier in the photo is Frigo – although there is no inscription on the back. He looks similar to the photo of Frigo as a young man. Perhaps one of my cousins, on reading this post, will correct me if I am wrong?

Russian naval officers on the Standart