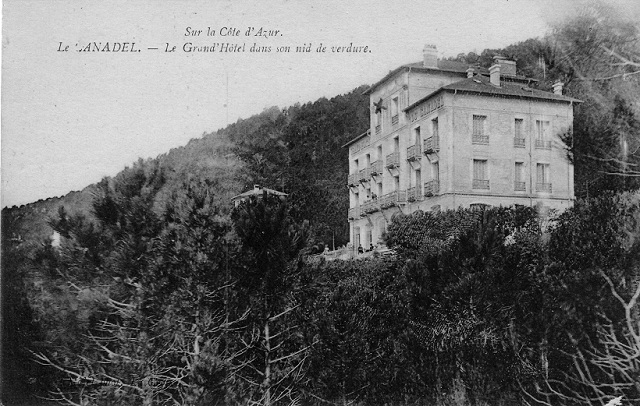 After their escape from Russia in 1920, my maternal grandparents – Olga and Paul Woronoff – together with my great Aunt Tata, made their way to France via Constantinople. As far as I can tell, my grandfather had been assigned to the White Army’s naval base in Paris but by the time they arrived it only existed on paper. There was no work and therefore no money. They had to find something.

Quite unexpectedly, Tata was offered the position of governess with a French family and it was through this family my grandparents were offered positions at the Grand Hotel, Le Canadel on the Côte d’Azur. My grandfather would be the manager and my grandmother would be responsible for the servants and the linen. There was no pay, but their board and lodging would be provided. In my grandmother’s words, “Though the absence of pay did not rouse our enthusiasm, we were happy to have at last a real job where we would at least have shelter and food. It was not increasing our capital but would considerably cut down on our expenses.”

I have found a few photos and postcards from their time at the Grand Hotel:

More about their time at the Grand Hotel in another post…