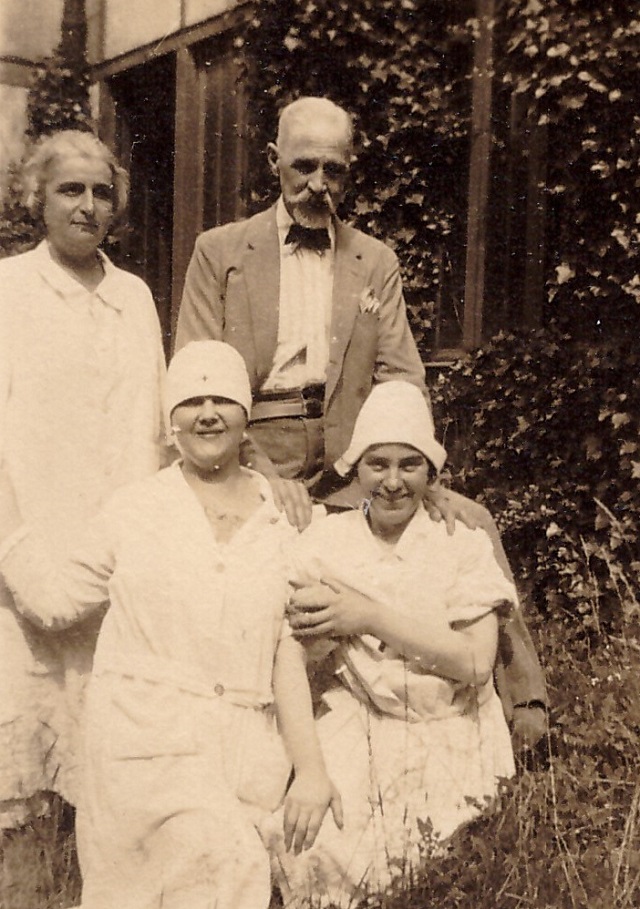 After writing the final chapter of the story of my great-grandmother’s escape from Russia with her second husband, which you can start reading here, I was curious about her second husband. Where did he come from? Where and how did they meet? What did he do when they finally settled in France?

Thanks to my friend Sveta in St Petersburg, I have discovered some, but not all, of his story, of which I wrote about in the first post of my great-grandmother’s story.

Wilhelm Leopoldovich Yakobson was born in Riga in either 1868, or 1869, when Latvia was under Russia rule. (It is very strange that all roads of my family history seem to begin in Latvia!). Yakobson graduated from the medical faculty of Kiev University in 1894, specialising in obstetrics and gynaecology. He then moved to work in St Petersburg and, at the end of 1915, changed his name to Vasily Leonidovich Yakovtsov. It was not unusual at the time – a time when Russia was at war with Germany – for those Russians with German sounding names to Russify them. During the First World War, Yakovtsov was a surgeon in charge of two hospitals for the wounded.

I still have no idea where my great-grandmother, then the widowed Countess Catherine Kleinmichel, would have met Yakovtsov, or how or when they fell in love. By 1920 they were married and were both involved in official capacities at a parish council of a St Petersburg medical institute.

One internet search turned up some odd information, saying that Yakovtsov immigrated to Germany before moving to France. Perhaps that was the route they took when they left Russia?

Interestingly, it appears that Yakovtsov had to attain a high school diploma in France before being allowed to attend medical schools there, in order to practice. He must have been determined to continue to work as a doctor. In 1929, aged either 60 or 61 (depending on which report you believe) he was awarded his French high school diploma, an accomplishment which was reported in both French and American newspapers. It appears he was keeping his hand in before that, opening his own office in Paris in 1924 and working at the reception of an outpatient clinic of the Russian Red Cross Society. He was also a member, later Chairman, of the Society of Russian Doctors and a co-organiser of the Committee for Aid to Sick and Needy Russian Students.

I know Yakovtsov also worked at some time at the American Hospital in Paris as a surgeon, as that is what is written on the back of the photo above. However I have been unable to find any further information about his role there.

Yakovtsov died in Paris in 1933, twenty five years before his wife, my great-grandmother.