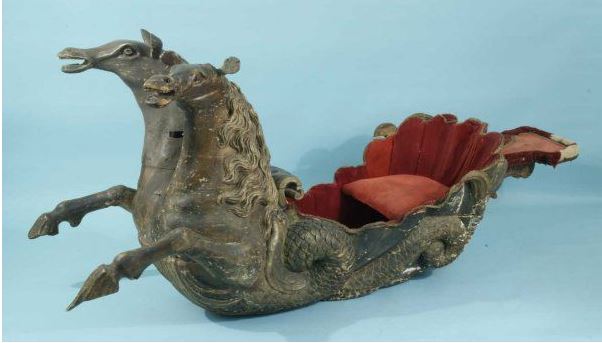 My first nine winters were spent in the depths of snow. I remember taking forever to put all of the required winter layers on before trudging through mounds of soft, white snow or navigating carefully along icy sidewalks. There were the times my father had to put chains on the tyres of the car and my mother would have to walk ahead of the car slowly, flashlight in hand, as my father navigated another snow storm.

As a child, I loved it. I loved making snowmen and snow angels, throwing snowballs at friends and sailing down snowy hills on whatever we could find – cookie trays were pretty good for that! Not to mention the mornings I would eagerly listen to the radio to see if school had been cancelled due to snow storms, those were the best days!

These days snow can and is created by large machines, but a few centuries ago one would think it impossible to do. However, in her book Upheaval, my grandmother, Olga Woronoff, tells the story of one of her ancestors, Nicanor Pereversev, who lived in the eighteenth century and who managed to make snow. Apparently he was quite a character, but I’ll let my grandmother take up the story;

“I often stood before his portrait, that hung in the dining room, studying it and trying to imagine from the jovial countenance and somewhat sarcastic smile what it must be like to live exactly as one pleased – for my father had told me many stories of this ancestor’s extravagance and of his gay resolve never to have a caprice (whim), or to let his friends have a caprice, that he would not immediately gratify.

To test the strength of this resolve his friends are said to have demanded tauntingly that he take them for a drive in a sledge, despite the fact that it was a warm day in mid-July. Nicanor Pereversev laughed. “You are all invited to a sledge drive in three days from today!” he cried; and, three days later, on a particularly hot July morning, his friends woke to find the ground covered, apparently, with snow, sledges waiting at the front door, and their host chuckling with delight. With salt, carloads of which had secretly been brought to the estate, he had turned a whole countryside from summer into winter.”

Now that is extravagance and eccentricity! He must have also had a streak of creativity to have thought of such a scheme. I wonder where all that salt was found.

I could not find any photos of Nicanor, but I did find a picture of an eighteenth century Russian wood carved sleigh from here.

As an adult I am happy to live in a warm climate where snow rarely falls. I know I would not now cope with freezing temperatures. But every year around Christmas time, while our sun is high and hot in the clear blue sky, I do start to miss the snow. There is nothing quite like a white Christmas…

Looking for a Unicorn