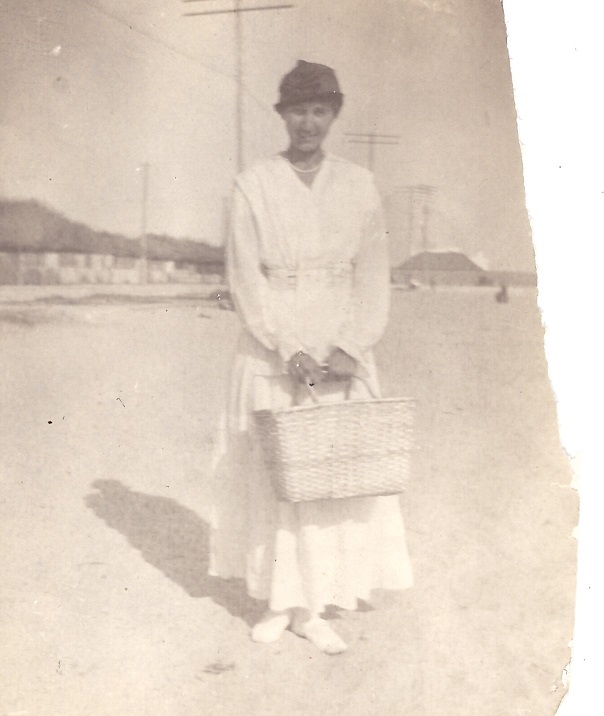 Surrounded by panic about the spread of Covid-19, what better way to spend an afternoon than researching my grandmother’s experience with disease during the Russian Revolution. I turned to her book, Upheaval, to find out how she was affected. She is not the best at recording dates, but I can narrow this passage down to either the end of 1917, or the beginning of 1918:

“A few days later, after our arrival there, (Sevastopol) I fell desperately ill with diptheria (sic). The hotel manager told us that we would have to move out at once, so my husband, begging him to have a little patience, went out to find me a place in a hospital.”

Diphtheria is a contagious disease caused by a bacteria, which releases a toxin into the body. It can cause death. It is spread easily by being in close proximity to an infected person. At the time Sevastopol was seeing a population explosion as refugees from the north of Russia moved south, creating overcrowding and a perfect breeding ground for diseases.

My grandmother’s story continues as my grandfather, Paul, attempts to have her admitted to hospital.

“At the Navy hospital the chief physician met my husband with a despair equal to Paul’s own. ‘They make me take in people whether I have a place for them or not!’ he said. ‘The hospital is jammed. There are three sick people for each two beds. Try the city hospital.’

There it was even worse. People were crowded together without regard to the character of their illness – typhus, scarlet fever, diphtheria, not only in the same ward, but in the same bed! The orderlies (men who previously had done such humble work as sweep the floors) ruled the place and ordered the doctors about. Two or three physicians who had opposed them had been arrested and shot. To segregate people according to their diseases was a ‘bourgeois prejudice’ unworthy of a proletarian.”

My research did find references to a typhus epidemic during the civil war in Russia but, so far, I have been unable to find much about diphtheria or scarlet fever at the same time.

Eventually, after being turned away from every hospital in the area, my grandfather met a fellow naval officer who was about to leave the city for his duty on a submarine. He offered his apartment to my grandparents, which they gratefully accepted. Unfortunately they could never pay him back as he was later shot by the Bolsheviks.

There was no ambulance available to take my grandmother to the apartment, so my grandfather gathered her in his arms and flagged down a taxi. With only one bed in the tiny apartment, he slept on the floor. In the meantime they had wired my grandmother’s sisters to advise them of her illness and Tata rushed to be at her side, arriving a couple of days later and just in time as my grandfather had caught a bad case of influenza.

The photo above is, I believe, of my grandmother taken some time in the year after she recovered from diphtheria. It is either her or her sister Tata. I do not know why the photo was torn in half.

This is America – unfinished and unpublished

The Answer is Always Books

The importance of research