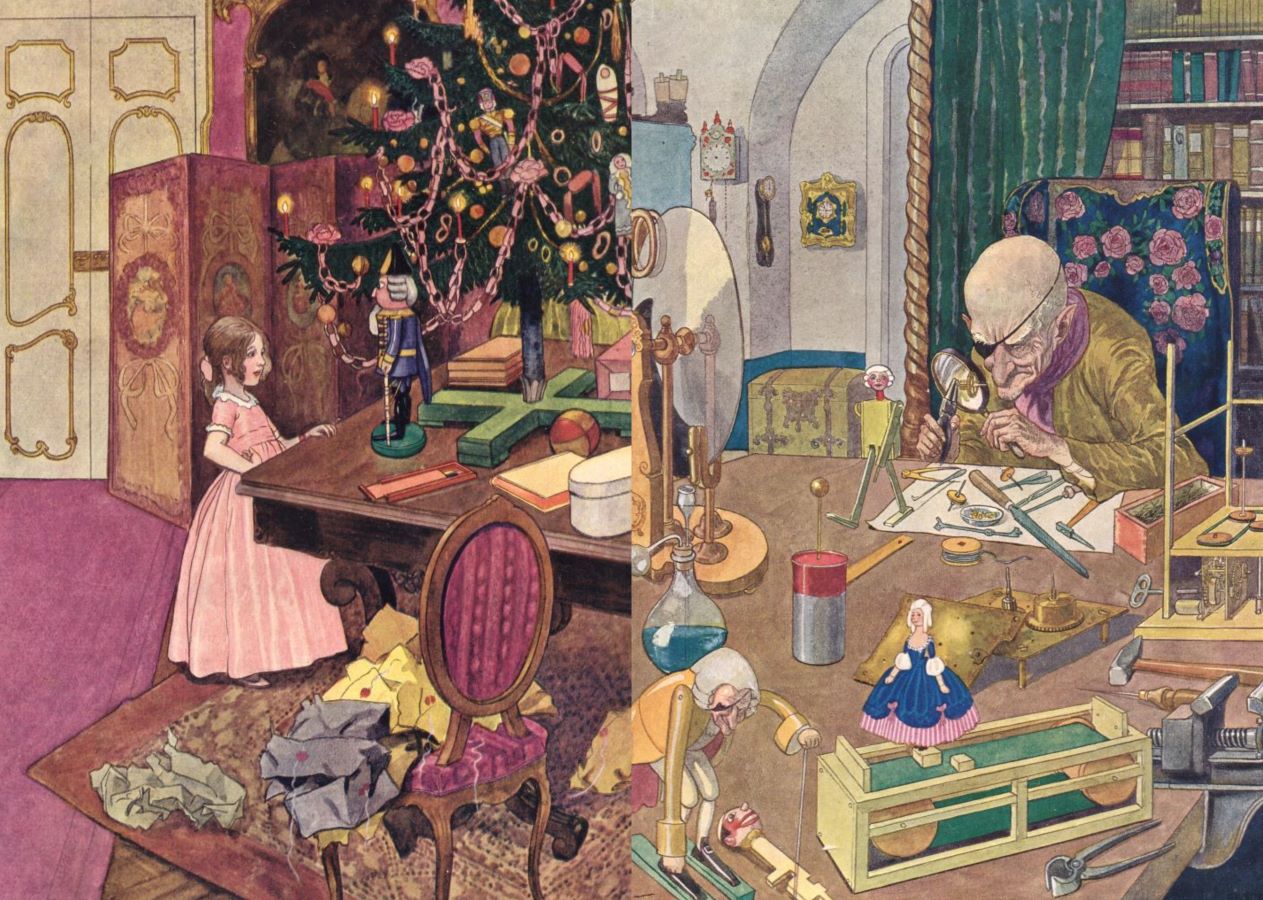 I have a vague childhood memory of the evenings between Christmas on the 25December and Russian Christmas on the 7 January spent curled up on the sofa next to my mother, who was reading to me from The Nutcracker and The Mouse King. Opposite us was the Christmas tree we had decorated, mostly with handmade ornaments, on 24 December. I think my father was sitting in the armchair in a corner of the room. Except she could not possibly have read from the book which I inherited because it is written in Russian and I certainly did not understand or speak the language at the time. Was she translating as she read? This creates somewhat of a puzzle as this Russian version of the story is the only Nutcracker book I found when I was sorting through the belongings of my parents after my father’s death. It will no doubt remain a mystery which cannot be solved.

The Nutcracker and The Mouse King was written by Ernst Theodor Amadeus Hoffmann and the original German version was first published in 1816. It is a Christmas fairy tale for children, but also a fantasy which can be enjoyed by all ages. Over the years since it was written it has been translated into many different languages. In 1892 Pyotr Ilyich Tchaikovsky adapted the story into a ballet, which was premiered on 6 December of that year, at the Mariinsky Theatre in St Petersburg.

The edition I have, published in 1925 in Berlin, has been translated into Russian by Alexander Shurunova. I can find no information about him. However, the illustrations – which I think are fantastic – were created by Artuš Scheiner, a Czech Bohemian painter, artist and illustrator who initially worked as a financial clerk in Prague before turning his hobby into his profession. Apparently in the 1920s there were various editions of the Nutcracker published, which were illustrated by Scheiner, who had also provided the illustrations for other books of fairy tales.

This book belonged to my mother. She has written her name, both in English and Russian, at the front of the book. I can easily recognise her handwriting and she certainly did not write in this book as a child. Was she a child when she came into possession of this book and then, later as an adult, wrote her name in it? Was it a present? Or did she perhaps find it in a second hand store somewhere and, just as she had done so many times with other books, bought it because she too loved the illustrations? I will most likely never know the answer. What I can assume is that my mother came into possession of this book before I was seven or eight years old, because my vague memories of it were from that time in my life. Except it could not have been the same book…

The Winter Palace fire and my great great grandfather