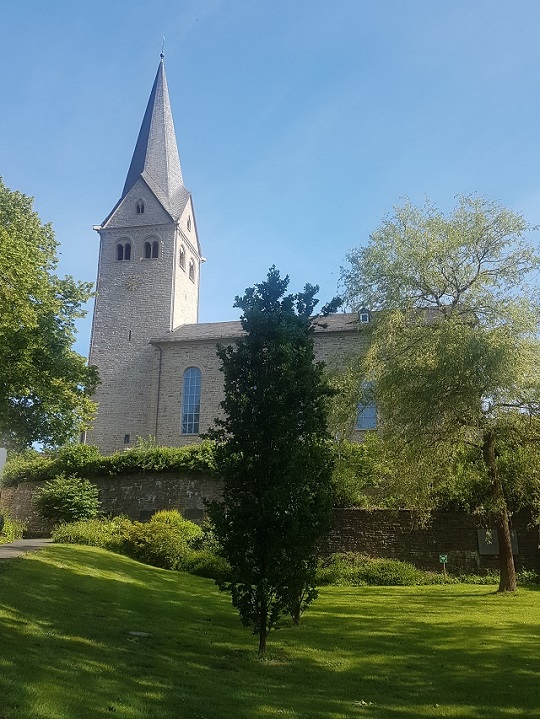 Sitting in a church in Germany, unable to understand most of the Sunday morning service, gave me plenty of time to think. I’m in Wiehl, Germany for the weekend, attending a family reunion and looking around at my extended family, I realise just how resilient we all are.

Slowly each of the families began to rebuild their lives, some in Germany, some in Russia, some elsewhere in Latvia or other countries. Then, twenty years later, WWII disrupted their lives again. Those who had ventured back to Latvia, including my father’s family, were relocated to Poland as a result of a deal between Hitler and Stalin and to the detriment of the Polish people who were thrown out of their houses. Once again the Baltic Germans had to make a new start in a new land.

The end of the war saw many of my extended family living in the Soviet Zone. Life was tough throughout Europe but those in the Soviet Zone certainly suffered. It wasn’t until last year that I heard some of their stories and was amazed at their strength and spirit. The Wall was built and, eventually, torn down and life changed once more. Some of my extended family moved to the west, some stayed where they were, but all were affected.

Looking at this family of mine sitting around me in the church I know most of them have suffered at one time or another. And I also know that the other family members are always there to give support. Some of the family have fought off awful diseases, including cancer; some are barely able to survive financially; some have recently mourned the death of a family member; and some struggle with other issues. Yet they don’t complain. They face whatever is thrown into their path with fortitude and bounce back to fight another day. I cannot help but admire their resilience.

I know my extended family is merely a microcosm of all of the people in the world. I know there are those who have suffered much more and there are those who have fought harder battles. But it is comforting to know that I belong to a family who have proven time and again that they are tough enough to face many different battles with strength, fortitude and always knowing the rest of the family is there to support them.