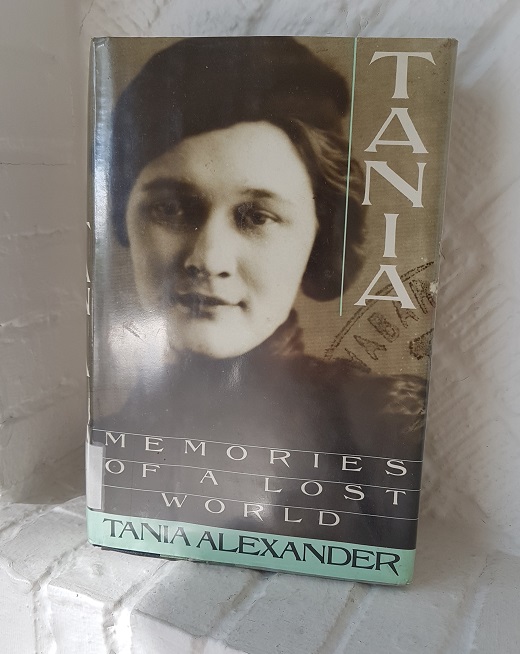 As some of you are aware my grandparents, Paul and Olga Woronoff, were among the Russian aristocrats who escaped Russia during the Revolution. As a result they lost practically everything they owned. They did, however, have some amazing stories. Unfortunately, toward the end of her life, my grandmother suffered from Alzheimer’s and lived each day in her memories. When I visited her in the nursing home, she recognised that she should know me but really had no idea who I was. She was always very well-mannered and treated everyone with the same genteel politeness. I found it weird but slightly amusing to be treated in the same way as a perfect stranger.

My paternal side of the family, although not Russian, came from the Baltic States, which were at various times through their history, controlled by Russia. The Russian Revolution also effected this side of my family, as it was one of the catalysts for the Latvian War of Independence.

Back to my recent manuscript and, in order to uncover a variety of views and memories on the Russian Revolution, I have been trying to read as much as I can. I found the book, “Memories of a Lost World” by Tania Alexander. The back cover states, “Tania Alexander has written an unforgettable memoir of a world which now seems almost beyond our belief – the pre-revolutionary Russian era and all that followed.” I felt as if I had made a good choice.

Alexander writes both about her mother’s journey through the revolutionary years and also how her father’s family coped during the same period. I could relate many of her stories to the ones I heard from my father. I did not know that Estonia had also endured a war of liberation around the same time as Latvia. It was certainly interesting to read Alexander’s firsthand accounts of those difficult times. This book has certainly made it easier for me to understand what was happening in the Baltic States and Russia at the time and how those in the nobility and aristocracy felt about it. Alexander was a child at the time which makes her account fascinating as, although it was written later in her life, it is a fresh take on the memoirs of the time.

Sometimes one can stumble across real gems when researching history and this is definitely one for me. I am lucky to have found it.