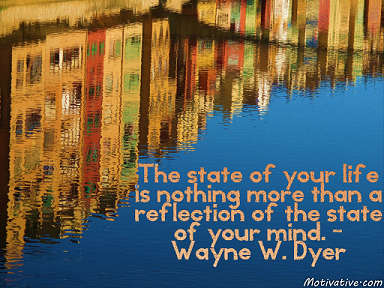 I believe this quote from Wayne Dyer was very true of my father and the way he lived his life.

My father didn’t often tell me stories of his childhood or youth but several times he told me the story of when his father decided to get astrological charts done for each of the four children. I’m not sure what age my father was when these charts were organised, but it might have been when he was as young as two.

Steiner believed humanity was closely linked to cosmic beings, which are connected to the planets and stars. Although he disagreed that planets determine the lives and behaviour of humans, he did believe that we, with the direction of spiritual beings, choose the best time to be born to live the life we are destined.

My father told me his astrological chart predicted such an awful life, was so bad, that my grandfather destroyed it as soon as he read it. He never told my father what was in the chart.

I believe my father reflected on his “awful” destiny throughout his life. The prospect of bleakness and despair sat on his shoulder, guiding his every step. Even as an old man he remembered the story of the chart his father didn’t want him to know about.

The other day I commissioned my father’s astrological chart as it would have been read in the early 1900’s. It certainly had many negative aspects to it. Astrology has changed since then and his chart would be read differently today.

No doubt my grandfather would have been extremely worried about a few points, perhaps especially as it was predicted he would have “great sorrow through the death of the father, or estrangement from him” and that he was in danger of imprisonment and would suffer death in an institution.

It is ironical that my father and my grandfather were at some point estranged. However, it was my grandfather who caused the estrangement. In fact, he was only ever close to his eldest son, my uncle and, when he was killed in the war, my grandfather was devastated.

As for being in danger of imprisonment, it is a fact that my father was in an American prisoner of war camp for six months after the end of World War II.

Lastly my father died in hospital, despite wanting to die peacefully in his own home, he suffered an aortic aneurysm and was rushed to the emergency department at his local hospital. So, he did die in an institution.

If only my father had been able to read his chart later in life and realise it wasn’t so bad after all. His life did have its dark moments, but there was also love and laughter, travel and opportunity.

Her hat making trial was a good idea but soon failed!

No Delay – Met in October and Married in January