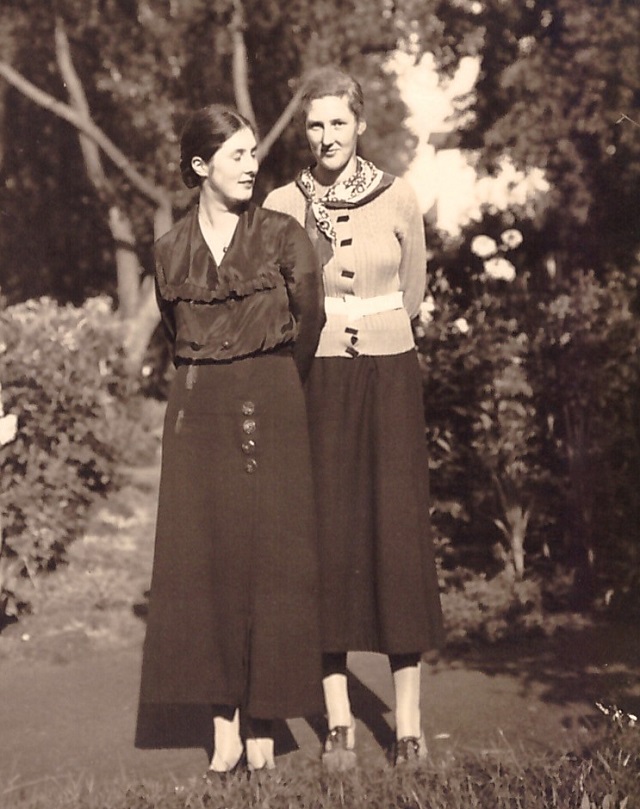 During and after World War II, both of my father’s sisters were nurses. My Aunt Sigrid, the eldest, six years older than my father, began training as a nurse at the age of 18, in 1931, – the minimum age at the time. At the time my father’s family were living in Mitau, Latvia and I believe she did some of her training in Estonia. Aunt Sigrid wrote down her memories of her life and my father had a copy of them. I have inherited them but, unfortunately for me, they are written in German and I have yet to translate all of her stories. What I have gathered though, is that nursing was one of the few options for work that Aunt Sigrid had at the time.

Some seven years after Aunt Sigrid started her career as a nurse, her younger sister by four years, my Aunt Ursula followed in her footsteps. According to my cousin, Aunt Sigrid’s son in law, Aunt Ursula became a nurse in 1938 and joined the Red Cross in 1939. During the war she worked in several German army hospitals across Belgium, France and Russia. I do not have the exact details, but it sounds as if she was nursing close to the fronts. I cannot imagine the type of injuries she would have had to deal with.

In 1946 Aunt Ursula left the Red Cross and, at least until 1951, worked in various hospitals in Germany. I know that for some of those years she lived with her sister, who by this time was married with children. It was, I believe, a challenging situation for everyone. Accommodation was scarce and families had to squeeze into small apartments. As far as I know Aunt Sigrid was also still working at this time.

I do not know what Aunt Ursula did or where she lived between 1951 and 1960. Around that time Chile apparently offered to pay for the travel costs of nurses who accepted to work for a year there. Aunt Ursula took up that offer. By all accounts she came up against some issues and, after her contract ended, she relocated to Lima, Peru. She never returned to Europe.

My father, who had also left Europe and also never returned there, kept in touch with both of his sisters by mail. I found many of their letters to him after his death. I often wonder if they kept his letters.

Aunt Ursula died in Peru in 1995, aged 78. She had never married. Aunt Sigrid died in Norden, Germany in 2006, aged 93. I met Aunt Sigrid once and, despite our inability to communicate fluently – she spoke no English and I spoke no German – we got on well. She was a wonderful woman and I just wish I had grown up closer to her and the rest of my family. I never met Aunt Ursula. She is an enigma and one day I hope to uncover more of her story. Both my aunts are in the photo above, which was taken in 1941.