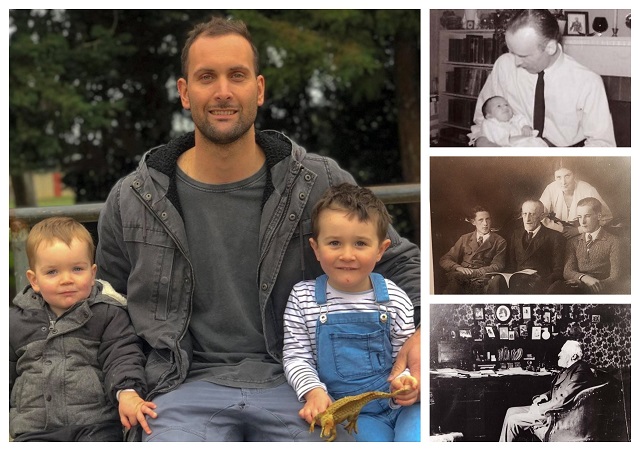 My son is an awesome father. I might be slightly biased, but he truly is doing a wonderful job as a dad and his boys adore him. I love the way he engages himself with every aspect of his sons as they grow up.

A quick online search brings up the meaning of fathering as “the activity of bringing up a child as a father.” Activity, in my experience, is certainly needed when raising children. Parents are seemingly continually active in feeding, bathing, dressing, changing and playing with their children. But this has not always been the case. Historically speaking, in the developed world, it has only been relatively recently that fathers have been so active in the upbringing of their children.

Take my own father for example. At the time I was born fathers were discouraged from attending the birth of their children. My father paced the hospital corridor the night I was born, in contrast to my son who was present at the births of both his boys. I doubt my father ever fed, bathed or dressed me – although he was the one who documented my childhood in photos. My son feeds, bathes and dresses his boys, as well as cooking for them, cleaning up after them and playing with them whenever he can. To be fair, my father had had a tumultuous upbringing and had been through WWII on the losing side. He really did not want to bring children into the world, so when I was born, he had no idea what to do with me.

Of course much of being a parent is learnt by example and my paternal grandfather was not, by all accounts, a good model. Anecdotally my grandfather knew practically nothing about children and only became close to his four when they grew into adults. He was certainly not an affectionate man and kept his family at arm’s length. My father and his siblings were brought up by nannies, at least until their parents could no longer afford to keep the help. It was only ever at lunchtime that the children saw their parents, most of the time my grandfather kept himself in his study.

I know little about my paternal great-grandfather however there is a story about him which perhaps shows what sort of a father he was. Apparently whenever his adult son (my great uncle) came to visit him, my great-grandfather would go to bed and ask his servant to tell him when his son had gone so he could get up again.

Today is the first Sunday in September, traditionally Father’s Day in Australia. It was a beautiful day, sunny and not so cold, at least until the afternoon when the rain began to pelt down. Instead of the customary Father’s Day lunch and relaxing with family, my son played football with his brothers. His wife, his two sons and I went to watch. Unfortunately they lost. But hey, being a father – or a parent for that matter – does have its ups and downs!

Cooking with my Mother

How Astrology Affected My Father’s Life