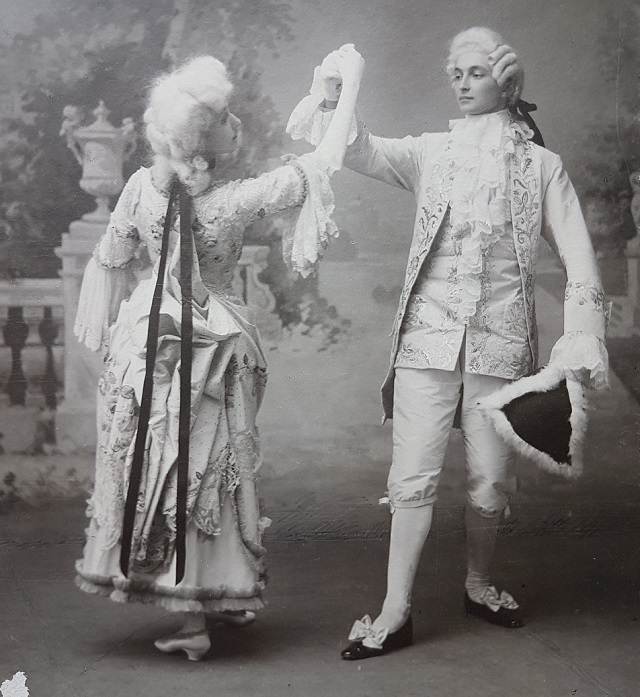 Prior to delving into my family history I had no idea that the English played a role in the Russian Civil War. Of course I knew my grandparents eventually escaped Russia on a British steamer, but I did not realise there was a British mission to South Russia from late 1918.

My grandmother, Olga Voronov (Woronoff) had followed my grandfather, Pavel Voronov, to the south of Russia when he travelled there to join the White Army. They moved from place to place as he was sent to various posts. My grandmother kept a diary for much of 1919 which I discovered when I was clearing out my parent’s home after their deaths. At the time I did not appreciate what I had found as it was written in Russian. But as soon as I had it translated I understood what a precious document it was.

One of her diary entries – for the 26 August 1919 – made me curious. It reads in part, “The day before yesterday we went to the English for dances. It was very nice. They are all so cordial and hospitable, it is rather surprising. They organised a separate motorcar to take Pavlik and me home. The doctor livened the party by dancing the Irish jig for 15 minutes.”

It is not the first time I read of dances and parties being held in the south of Russia during the Civil War. The first time I discovered people there were leading what seemed like normal lives, including attending the theatre and opera, I was slightly confused. After all, they were fighting a war! But it seems as if life there was as normal as it could be under the circumstances.

Back to the English. Apparently they supplied General Denikin’s White Army with supplies, including weapons. They also helped to train the White Army soldiers and some fought against the Bolsheviks even though they were ordered not to. In the same diary entry my grandmother mentions “the mission’s directors” being at the dance, including General Holman. Holman had arrived in the south of Russia a couple of months before this. I have read he was fluent in Russian, which would definitely have been an advantage for him and his men. Another man she mentions as attending the dance was a Commander Norris. It seems Commander Norris was a British naval commander.

The English my grandmother wrote about appeared to entertain quite a bit. By the end of August her sister Tata had joined my grandparents in Taganrog and, on 11 September 1919, my grandmother wrote, “We have already danced twice with her at the English. Once it was a proper evening party and the next time we had tea with them at 5pm and then were dancing. At the evening party I danced a Russian dance to show them. Apparently I did well.”

The photo above is of my grandmother dancing at a fancy dress ball in happier times before the Russian Revolution.

A Fading Memento from Decades Ago – How strange is this?