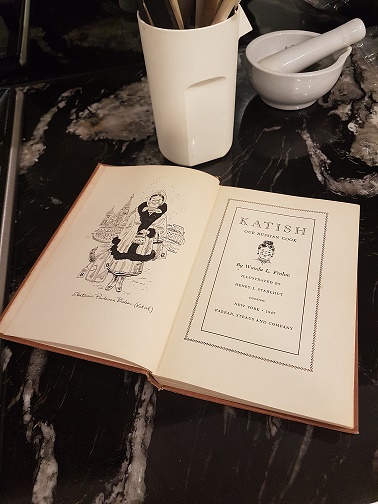 Most of the time my mother was a mediocre cook. This wasn’t her fault, she learnt from her mother who had to teach herself. Almost every meal consisted of some form of red meat or chicken with well steamed vegetables or a side salad and a mountain of mashed potatoes. My father loved mashed potatoes. My mother spooned the creamy white substance in a mound on our plates, then she used the back of a spoon to create a hollow on the top, where she placed a lump of butter. By the time she put the plates in front of us, the butter had melted into a golden pool.

My father’s plate had the largest serving of mashed potato, snuggled next to a huge portion of meat. My mother insisted that he ate a token few vegetables, mainly beans, carrots and peas, although she sometimes snuck a soggy bit of broccoli or cauliflower onto his plate. Some meals she would make small salads in individual side bowls; crisp lettuce, chunks of cucumber, cherry tomatoes and slices of avocado. My father rarely touched any vegetable.

My mother, a strict Russian Orthodox, observed all the fast days and it was at those times she became more creative with her meals. Fasting meant abstaining from all meat, eggs and dairy. My father hated fast days. My mother bought a vegetarian cookbook and served us vegetarian lasagne, stuffed capsicums and varieties of vegetable soup. She also found a myriad of ways to serve tinned tuna.

But the times I enjoyed most were when my mother and I would cook recipes from her Russian cookbook “Katish” written by Wanda L. Frolov in 1947, with fabulous illustrations by Henry J. Stahlhut. “Katish” is written like a novel, the storyline interspersed with Russian recipes. It tells the story of a Russian émigré who moves in with an American family as their cook. Together we attempted Katish’s Beef Stroganoff, Beef Kotletis (rissoles), Borsch (a vegetable soup with beets), Piroshkee (a Russian dumpling stuffed with rice and either mince or tuna or cabbage) and Golubsty (cabbage leaves stuffed with rice and mince, laid in a casserole and topped with a tomato sauce).

Most of these dishes were a success but we had several failures with one particular recipe.

Kissel is a dessert made of fruit juice thickened with potato starch. When made correctly, it is soft and thick and sweet. It is the consistency of thick soup and can be served in a cup or bowl. The recipe in “Katish” calls for potato starch as a thickener. The first time we attempted to make it, we couldn’t find potato starch so we used corn starch instead. It turned into a lumpy mess. The second time we tried to make Kissel we still couldn’t find potato starch so used potato flour instead. It too was a failure. The third and last time we endeavoured to follow the recipe we used potato starch, which we had found at an obscure European deli, but we must have boiled the liquid and it never thickened. After that we gave up.

Perhaps one day I will attempt to make Kissel again. Just for my mother.