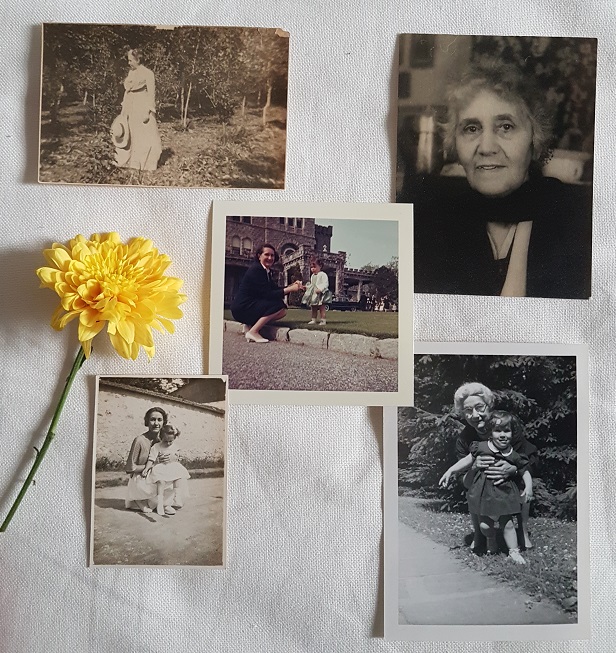 My mother’s paternal grandmother, Anna Pavlovna Voronov, was the first cousin of her husband, and his second wife. Apparently in 19th century Russia, it was not uncommon to marry your first cousin, you simply had to obtain special permission from church authorities. I know nothing more about Anna, not even when or where she was born or died. I do know she had four children, of which my grandfather was the eldest.

My mother’s maternal grandmother, Ekaterina Nikolaevna Kleinmichel, was also a second wife. She was born in 1867, most probably in the Russian province of Kursk. She was twenty-five years younger than her husband. I know my great-grandmother escaped from Russia during the Revolution with her second husband and one of her daughters and made a home in Paris. I assume she died in France, but I am not certain.

My grandmother, Olga Constantinovna Voronov was the youngest of five children. She grew up on friendly terms with the daughters of the last Tsar of Russia and became a Maid of Honour in the Russian Court. She married Paul Alexeevich Voronov, one of the love interests of the Grand Duchess Olga. She too escaped Russia with her husband, my grandfather, during the Russian Revolution and eventually wrote a book, “Upheaval”, about their lives in Russia before and throughout this turbulent time. Eventually, they migrated to America where she taught Russian to college students and the military. I knew and loved her well. She died in Australia in 1982, after making the journey to the Land Downunder with us twelve years before.

My mother, Tatiana Pavlovna de Fircks, was born in Nice, France in 1923. She was about five years old when my grandparents decided to migrate to America. She grew up a typical American girl, but always held fast to her Russian roots. She too was a writer, writing the textbook, “History of Costume and Style”. She died in 2005, a loving mother and grandmother to my three boys.

I am proud to have these women in my maternal family tree. Without them, I would not be who I am today.