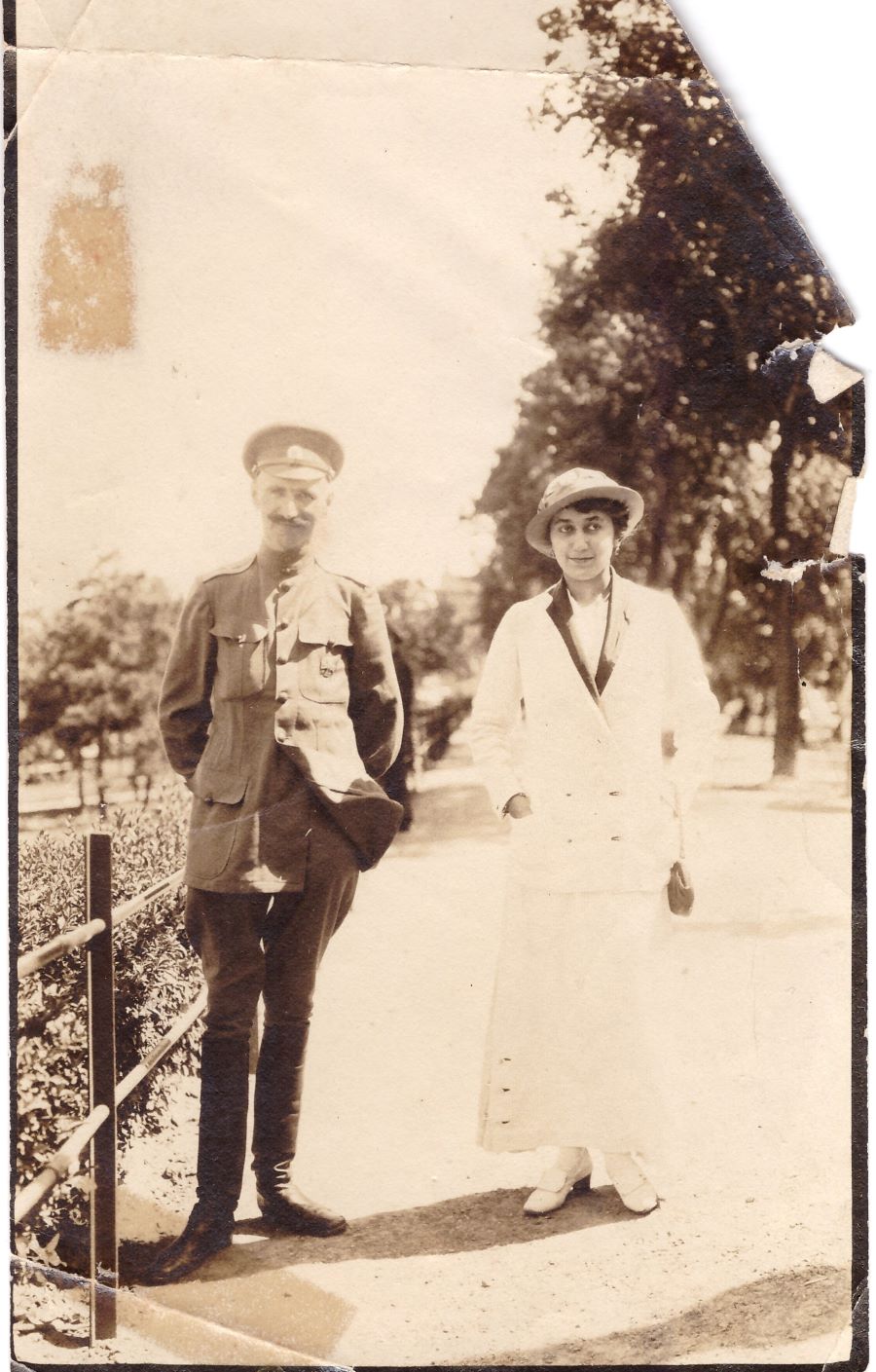 On February 14, 1914, my maternal grandparents, Paul and Olga Woronoff (neé Countess Kleinmichel) were married in the Feodorovsky Cathedral in Tsarskoye Selo – I have written about their wedding here and talked about it here on YouTube.

So 108 years ago they would have been on their honeymoon. I wonder how long honeymoons in those days usually lasted because, in her book Upheaval, my grandmother wrote:

An officer was not supposed to take long leaves of absence, so we had to be content with twenty-eight days; but we were happy, and those few weeks stand out in radiant compensation for the gloom of the ensuing years.

I had always thought my grandparents had spent their honeymoon in Nice, France but I was wrong! I have been fortunate to have access to letters written between my grandmother and the Grand Duchesses, through the Central State Archive in Moscow. In a letter from my grandmother to the Grand Duchess Tatiana, written from the Hotel Negresco, Nice on 17 February 1914, she says:

We have been staying in Nice for a week now. The weather has been rainy one day, sunny and hot the next – everybody walks around without coats. A few days ago we went to Monte Carlo where we played roulette and, to our surprise, did not lose.

We are thinking of staying here for a while longer and, before going back to Russia, go for a couple of days to Naples, which I have not seen yet. They say it’s remarkably beautiful and there is also a magnificent opera there which we are certainly going to visit.

The photo above was taken of my grandparents while on their honeymoon. There is no indication on the back where or exactly when it was taken. As you can see, the photo is also not in the best condition. One corner has been totally torn away. I think my grandmother looks very elegant, dressed almost all in white. It looks like my grandfather is wearing his military uniform – could it be that a gust of wind blew up the front corner of his jacket?

I Googled the Hotel Negresco in Nice, France and it still exists! Apparently it first opened its doors on 8 January 1913 and, according to its website attracted visitors from high society and the international jet set. So the hotel was only a year old when my grandparents stayed there. Before the pandemic hit the world I had planned to visit Russia and then travel through France, tracing my grandparents footsteps before and after the Revolution. If I ever manage to make the trip, I hope I am able to stay, even for one night, at the Hotel Negresco.

I am happy for my grandparents that they obviously enjoyed their honeymoon, as the next years of their lives would definitely not be enjoyable.