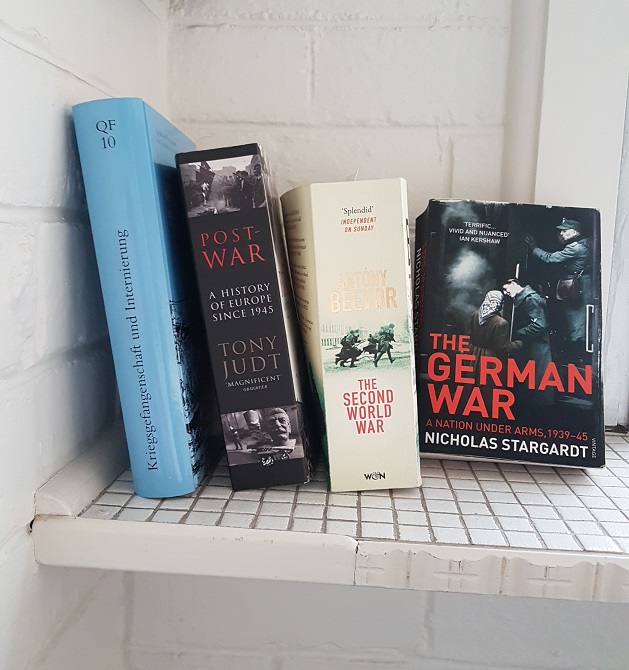 “A man does what he must,” begins a quote by Winston Churchill. Remembering my father’s stories, those six words seem to sum up his life. He lived much of his younger days hemmed in by rules and regulations, mostly unwritten, but always inflexible. He was brought up by his father to be obedient. Which goes some way to explaining why, when I was a child, he demanded “instant obedience” from me.

On 1 October 1940, my father, despite protests, was drafted into the Wehrmacht – the German Army. He was a month off turning 21 and had just begun a traineeship with Siemens Engineering in Berlin. He was indignant at being drafted. He had never considered himself German, although he was born in Germany, he would always think of himself as Baltic German. His heart lay in his beloved Kurland, now known as Latvia. But he had no choice and so, obedient as ever, he became yet another soldier in WWII.

Only once did my father talk to me about the war. I was in my twenties and it was one of those rare occasions where we were getting on. He sat down at the kitchen table with a bottle of vodka and invited me to join him. We sat and drank until the early hours of the morning and I wish I had recorded what he said. I remember he told me very little about the horror of war and quite a lot about driving different vehicles. If there was ever any pleasure to be taken out of the war, it was my father’s childlike enthusiasm about driving tanks.

Since my father’s death in 2012 I have been trying to find out exactly where he fought. The books in the picture above are a tiny selection of the ones I have read. There are more titles on my Kindle and many more which I have had to return to the library.

I know my father was among those who fought in the Barbarossa campaign. In mid-June 1941, according to his scribbled notes, my father was transferred to Heiligenbeil (now Mamonovo) in Russia. It lies on the edge of the Black Sea and was, I believe, a German airbase. By the end of July, he had suffered a skull fracture and his time on the Eastern Front had ended. I have tried to find information about those five or six weeks but have found hardly anything. From what I can tell, my father would have been part of Army Group North and I have not been able to find much about their role in the first six weeks of Barbarossa. It has become almost a mission on my part to discover what might have happened to him in that short period of time.

The full quote of Churchill’s is: “A man does what he must in spite of personal consequences, in spite of obstacles and dangers and pressures, and that is the basis of all human morality.”

It appears my father did what he must, but whether he fulfilled the rest of the quote is yet to be determined.

Their History in Pictures – the Woronoffs in Le Canadel, France